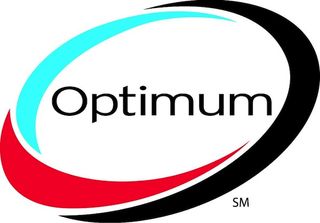 Hulu Plus is arguably one of the best alternatives to a traditional cable subscription, but Cablevision doesn't see any reason why you can't have both. The Long Island-based cable provider will start including a Hulu Plus subscription in its cable plans soon, making it the first cable provider to bundle in a streaming service.

Cablevision, whose Internet service is known as Optimum, announced a deal with Hulu today (Apr. 28). While neither company goes into very many specifics, such as pricing, Cablevision agreed to provide Hulu content through its Optimum service. Whether this means that Cablevision boxes will receive a Hulu app, or offer Hulu programming through its own interface, or something else entirely is not yet clear.

"Even with the rapid growth in streaming, there is a huge audience that consumes television through a cable provider," said Tim Connolly, senior vice president of distribution at Hulu, in a statement. "We want to be there for them too."

Based on the announcement, it appears as though the entire Hulu Plus catalog will be available through Cablevision. Hulu offers contemporary shows, often just a day or two after they air, as well as a comprehensive back catalog of popular network and cable programs. Recently, the streaming service gained exclusive rights to Turner Broadcasting shows from channels such as Cartoon Network, TNT and TBS. Hulu already had exclusive rights to Twentieth Century Fox and FX Networks' originals. The service also provides a decent selection of B-movies, original series and British TV not available to North Americans.

Cablevision has not yet announced a price or a release date for plans that include Hulu Plus. Logically, it could not hope to tack on more than $8 per month, since this is what a Hulu Plus subscription costs by itself.