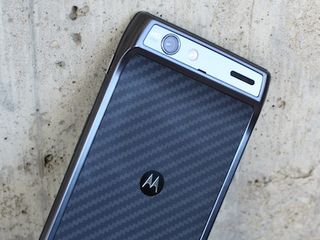 The Rebirth of a Classic

I grew up watching The Dukes of Hazzard on TV, and throughout my childhood, my dream car was the General Lee—a modified 1969 Dodge Charger. Later, I discovered Gran Turismo for the PlayStation and things changed, but I still had a special place in my heart for the Charger. Dodge probably knows that I'm not the only one in the world who wanted one, so it brought back the Charger brand in 2005.

Like what is often done in the world of automobiles, Motorola has brought back a classic brand – the Razr. Before the iPhone became the "status symbol phone", the coolest handset was the Razr. Introduced in 2004, it was the phone that basically pulled Motorola out of the grave. Even today, it's the best selling phone of all time, according to Wikipedia.

The original Razr was special in its super-slim clamshell design and metal construction. It didn't have any of the cool features that Symbian, Windows Mobile or BlackBerry had at the time, but it didn't matter—it was sexy. I wanted one, I owned one, and I enjoyed it until using data on a phone was more important than voice calls and texts.

Fast forward to the end of 2011, and Motorola's brought the Razr back as an Android-power smartphone. In the U.S. market it's called the DROID Razr, as part of Verizon's marketing, but for the rest of the world it's the Razr (though its device name on the Android Market shows it as Motorola XT910).

Next Page It Has a Back Made of KEVLAR