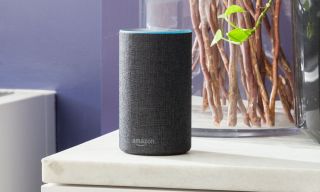 If you’re worried that Alexa knows everything about you, you’re not alone. As it turns out, you wouldn’t be wrong, either.

In a response to a U.S. lawmaker who sought information about Alexa’s privacy practices, Amazon said last week that its smart-home assistant stores your data with no expiration date.

Sen. Chris Coons, D-Delaware, sent a letter to Jeff Bezos in May asking the Amazon CEO to disclose how long Alexa, Amazon’s smart assistant, holds onto text transcripts of voice recordings. Coons’ letter followed news reports that the transcripts were preserved indefinitely, even after users deleted the original voice recordings.

On June 28, the Amazon vice president of public policy, Brian Huseman, responded to Coons. He told the senator that Amazon “retain[s] customers’ voice recordings and transcripts until the customer chooses to delete them.”

MORE: Which Alexa Device Is Best for You?

Huseman asserted his company is making an "ongoing effort to ensure those transcripts do not remain in any of Alexa's other storage systems,” but that there are still some transcripts that Amazon won’t delete because otherwise Alexa couldn’t properly train itself. You can read the entire Huseman letter here.

Privacy concerns over voice assistants are nothing new, and we’ve been showing you how to delete Amazon Alexa recordings since 2017. Tech companies aren’t always transparent about what kind of data they store or how much control you have over it, so this letter from Amazon is both a cause for privacy alarms and a refreshingly forthright report of the company’s practices.

What people may forget is that Alexa is an AI assistant, meaning that it learns how to better communicate with you the more you use it. Alexa stores information from conversations it may have gotten wrong as to not repeat certain mistakes. And that’s before linking any Alexa skills to things like your thermostat and Lyft account.

“Amazon's response leaves open the possibility that transcripts of user voice interactions with Alexa are not deleted from all of Amazon's servers, even after a user has deleted a recording of his or her voice," the lawmaker told CNET.

"What's more, the extent to which this data is shared with third parties, and how those third parties use and control that information, is still unclear."