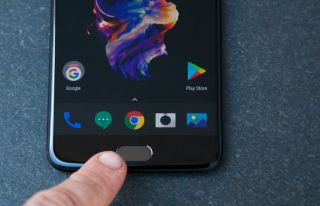 It may be hard to track down a OnePlus 5 right now, but the maker of the popular smartphone has already moved on to its next act: the OnePlus 5T.

OnePlus announced today (Nov. 6) that will reveal the 5T at an event in Brooklyn on November 16 at 11 a.m. ET. The device had been heavily rumored up until now, with many reports pointing to the addition of an edge-to-edge 6-inch display as the major upgrade for this model.

According to OnePlus, the 5T will begin shipping in North America and Europe less than a week after the unveiling, on November 21. The announcement of the release date also accompanies a rather abstract teaser trailer with the tagline “A New View.”

Outside of the extended screen, the 5T is expected to imitate its predecessor in most respects. A leak of the device’s exterior courtesy of oneplus-shop.nl shows a handset that pretty much looks exactly like the OnePlus 5, only with a rear-mounted fingerprint sensor above the logo. (The OnePlus 5 had its fingerprint sensor up front, but that's going to have to make way for the added screen real estate.)

Internally, the new phone is expected to also receive Qualcomm’s Snapdragon 835 processor according to Techie State, as well as 6GB of RAM and 64GB of storage as standard. Just like the OnePlus 5, an 8GB/128GB option will likely be available at an added cost. Even the camera is said to be the same dual-lens 16- and 20-megapixel unit found in the previous flagship.

You’ll be able to follow along with the OnePlus 5T’s unveiling via the company’s website, and you can look forward to our hands-on impressions with the hotly-anticipated handset shortly after.