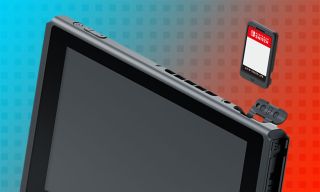 Nintendo has some bad news for fans of massive, open-world games.

The Japanese giant has decided to push back the launch of 64GB game cartridges for the Nintendo Switch to 2019, The Wall Street Journal is reporting, citing people who claim to have knowledge of its plans.

The Nintendo Switch currently supports up to 32GB game cartridges. While that's not a problem for simpler games, it means playing larger games like Doom will require a separate download in addition to having the physical cartridge. If there isn't enough room on the Switch's 32GB hard drive, gamers will need to remove content or they may need multiple cartridges just to play one title.

By comparison, both the Xbox One and PlayStation 4 use Blu-ray discs that top out at 50GB, allowing for larger titles to fit on one disc.

Some developers called the move a "slight disappointment," but Nintendo ultimately decided to push back the release from an expected second-half of 2018 to 2019 because of unforeseen technical issues.

MORE: 5 Reasons to Buy Nintendo Switch (and 4 Reasons Not to)

Nintendo is pointing to the Switch's microSD card support as a short-term fix. With the help from a microSD card, gamers can store more content on their device.

Still, having larger game cartridges would mean you wouldn't need to store as much on the internal drive or microSD card. It would also mean that developers could take advantage of the cartridge's higher capacity.

The Wall Street Journal's sources don't say when Nintendo's higher-capacity cartridges would launch in 2019, but we're hoping they arrive sooner rather than later.