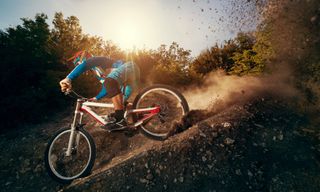 While you can still get the Hero4 Silver and Black (and others) from third-party vendors, this chart will help you decide which of GoPro's current offerings are best for you.

How Much is a GoPro?

GoPro no longer sells the Hero5 Session through its site, but you can still find it on Amazon and other online retailers; it's the least expensive GoPro model that shoots video in 4K.

Both Black models can take 12MP stills, while the Hero5 Session and GoPro Hero can take 10MP stills.

The Hero6, Hero5 Black and Hero have a similar design, which also means they  have a touchscreen LCD on their backs, which helps when composing shots. Only the Hero6 has touch zoom, though. The Hero5 Session does not have a touch display.

All four cameras have digital video stabilization and voice control, though both features are expanded on the Hero6, so that videos should be much smoother. Only the Hero6 has an HDR mode, which helps when taking photos that have both bright and dark areas. The Hero6 and Hero5 Black models have GPS, so they can geotag your photos and videos; the Session lacks this feature. Likewise, both Black models have three microphones, where the Session has two; consequently, the Black cameras can record stereo audio.

The Hero6 also has 5GHz Wi-Fi, which will let you download video faster from it.

All cameras are water-resistant to 33 feet; GoPro and other third parties also sell cases which let you bring the cameras much deeper.

The Hero6 Black, Hero5 Black and Hero have 1220mAh batteries, while the Hero5 Session has a 1000mAh battery. You should expect slightly longer battery life out of the Black models, especially if you turn off their rear displays.

The Hero5 Black is the most usable GoPro yet, thanks to a waterproof design, voice controls and a much-improved onscreen interface.

Though GoPro no longer directly sells these models, they are still available online. GoPro still offers support for these models through its website.