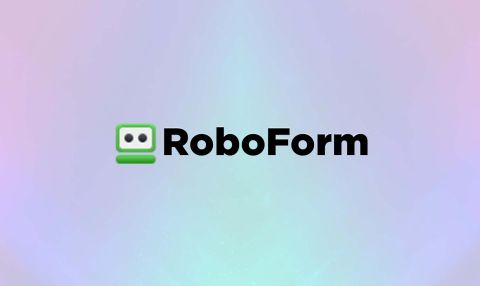 RoboForm offers all the basics of a password manager, but it needs an overhaul to compete with LastPass or Dashlane.

[This review has been updated to reflect disabling syncing in Android and LastPass' price jump. It originally was published on Dec. 18, 2017.]

RoboForm started as form-filling software nearly two decades ago and then later expanded into password management. The service costs $24 for a year and offers all the features that most users look for in a password manager.

However, RoboForm's slightly dated and confusing design make it a tough service to recommend in this competitive market. The premium version of Keeper costs only a bit more for Tom's Guide readers and offers a smoother interface.

RoboForm has a free version and a couple of paid RoboForm Everywhere options. Pricing for the paid version starts at $23.88 for a single year, but you can score a discount with a three-year or five-year plan at $64.44 (10 percent off) and $99.50 (16 percent off), respectively.

If you're looking to protect an entire family, RoboForm has you covered, with a family plan for up to five users at $47.75 per year. Again, there are discounts for multiyear plans, bringing the cost to $128.85 for three years and $199.00 for five years.

Paid accounts can also sync information across multiple devices, back up data to the cloud, create secure shared folders, grant emergency access to another RoboForm user, access data on the web and receive email/telephone support from the company.

On a Mac, users must run Mac OS X 10.9 Mavericks or later, and the universal installer includes extensions for Apple Safari, Google Chrome and Mozilla Firefox. On the mobile side, RoboForm supports iOS 8.0 and above, as well as Android devices running at least Android 4.13.

For this review, we used RoboForm on a Mac laptop running Windows 10 and macOS 10.12 Sierra, an iPad Pro 12.9, a Samsung Galaxy S8+ and a Google Pixel. Google Chrome was our primary browser across all platforms, but we also tested the service using Safari on macOS and iOS.

Downloading RoboForm is quick and easy. The RoboForm site will read your browser's configuration and recommend the proper version. On Mac or Windows, the universal installer will automatically install the appropriate extensions for any compatible browsers.

Once you have created your account, you can import existing passwords from 1Password, Dashlane, LastPass, NIS, Xmarks, KeePass,Keeper, Enpass, Password Boss, Zoho Vault, True Key and Sticky Password, as well as from most web browsers. You can also opt to import a comma-separated values (CSV) file if your previous solution offered this as an export option.

After you're all set up, you can add the RoboForm software to more devices. I had no issues installing the Android and iOS apps from their respective app stores. Once I entered my master password, all of my data synced immediately.

RoboForm on the Desktop

On Mac or Windows, you can access RoboForm through its stand-alone application, through its browser extensions, via the RoboForm icon in the Mac menu bar or the Windows taskbar, or by logging in to the read-only RoboForm website interface. Many Windows fingerprint readers, as well as Touch ID for MacBook Pro, are supported.

The application's user interface is extremely simple, listing categories in the left column and displaying the contents of those categories in two additional columns. Much like 1Password's desktop application, the RoboForm interface resembles a built-in utility.

Despite its user-friendly appearance, the RoboForm desktop software does not handle many tasks intuitively, which is frustrating given its relatively limited feature set. For example, when you right-click a password, a pop-up menu asks you whether you want to share or send the password, but it doesn't explain what either option means.

It turns out that you can "share" an item with another RoboForm user, and the password will be kept updated between both of you indefinitely. But if you "send" a password, it's a one-time transaction. The recipient's copy will not update if you change the password later. Nor does the recipient need to be a RoboForm user.

The password generator wasn't easy to find. It's hidden in the RoboForm browser extension; the desktop application itself doesn't include it. But there's no real reason why the password generator couldn't be accessed from two or more places, considering that creating strong, secure passwords is a core feature of most password managers.

RoboForm's Security Center audits your existing passwords, offers an overall security score, gives you ratings for each password and lists passwords that you've reused across multiple sites. But there's no multipassword changer like the ones Dashlane or LastPass have, so you'll have to visit each site and generate a new password if you want to correct your square.

RoboForm calculates your password strength using an open-source strength estimator known as "zxcvbn," which RoboForm claims is more accurate than other commonly used systems. As a result, your password-strength score on RoboForm may be quite a bit lower than it is on other password managers, but your resulting passwords may be stronger.

When we first reviewed RoboForm, you had click on the RoboForm icon in the menu bar to reach the Emergency Access feature. A RoboForm spokesperson has told us that the feature is now accessible from the main menu bar. You can designate individuals to gain access to your account in case you become incapacitated.

You specify an amount of time the designee needs to wait before they will receive access; during that waiting period, you can deny them access in case you recover within that window. It's odd that RoboForm buried this useful feature in the menu bar while the desktop interface had plenty of space for it.

MORE: 7 Easy Ways to Get Your Identity Stolen

RoboForm supports iOS and Android. The apps match their desktop counterparts' features reasonably well, and my data synced up immediately when I logged in. Biometric logins, such as fingerprints, are supported on iOS and Android, so you'll need to type in your master password only once on each device. Face ID on iPhone X is also supported.

I found the design of the mobile apps to be a little dated, and at times, their navigation was as confusing as those in the desktop interfaces. In the Android app, for example, I had to tap through four menus to reach the security center. There's just wasn't enough going on in the app to warrant such complexity, and since we originally published this review, RoboForm has added a Tools menu to Settings, which included the security center.

Despite the design, the apps work just fine on both platforms, and they are more intuitive than their desktop counterparts in some areas. Long-pressing on passwords, for example, brings up a contextual menu with options; these same options spread across two or three screens in the desktop interface.

To keep your data encrypted and secure, RoboForm uses the same AES-256-bit symmetric encryption as other password managers. Your data is decrypted only on your devices, and not on RoboForm's servers, using your master password.

The feature must be activated in the RoboForm web interface. Click the Security tab, and then, in the "One Time Password Option" section, select the TOTP app of your choice. You'll be presented with a secret key or QR code to enter into the TOTP app on your smartphone or tablet to complete the activation process.

Going forward, when you use RoboForm on a new device, you'll be required to enter the temporary six-digit passcode generated by your TOTP app to verify your identity.

Users who don't want their data to be stored on RoboForm's servers will have to turn off automatic sync, and can then either rely exclusively on a local copy of their data or sync to a dedicated shared folder with Dropbox.

The latter option would enable syncing between two or more computers in different locations, but RoboForm won't provide technical support for this procedure. Keeping your data local or syncing it on Dropbox would also preclude you from using the RoboForm mobile apps, as there is no way to disable their syncing to RoboForm's servers. (UPDATE: RoboForm tells us that Android and iOS users can indeed disable automatic syncing by going to Settings -> Account.)

RoboForm simply falls down in a few too many areas for us to enthusiastically recommend it when there are stronger options available for almost the same price. For almost the same price, the premium version of Keeper delivers all of the key functionality of RoboForm in an easier-to-use package, and adds considerable value with its useful additional features.