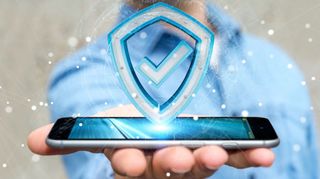 — South Korean celebrities are being blackmailed by a hacker who can access their Samsung Cloud phone backups, according to local reports. ADVICE: Enable two-factor authentication on your Samsung account and change the  password.

— A cheap Android phones sold as part of a government assistance program was found preloaded with malware. ADVICE: If you have a Unimax UMX U686CL phone, contact the company that sold it to you, exchange it for another model and install one of the best Android antivirus apps.

— The social-video app TikTok can be hacked so that videos can be added or deleted to user accounts, and users taken to malicious web pages. ADVICE: Make sure your TikTok app is updated to version 14.4.0 on iOS or 14.4.11 on Android.

The best Android antivirus app, based on our tests, is Bitdefender Mobile Security ($15 per year), which offers nearly flawless malware protection with a wide range of features. The freemium Norton Mobile Security has even better protection and gives the essentials to free users.

Avast Mobile Security and McAfee Mobile Security offer a lot of features for free and do fairly well in malware-detection tests. But Avast's anti-theft and call-blocking tools didn't work well, and both apps show lot of ads -- unless you pay them not to.

The free version of Kaspersky Mobile Antivirus has no ads, and its call-blocking and anti-theft features work well. Its malware protection is very good, but it lacks a Wi-Fi network-security scanner.

Lookout Security & Antivirus was one of the first mobile antivirus apps and has a compelling identity-protection option. But there's scant third-party lab-test data on Lookout's antivirus efficiency, so we don't know really how well it protects against malware.

We can't really recommend Qihoo 360 Security. It gives free users tons of features, but has so many ads that you'll gladly pay to get rid of them. It slowed our test phone more than any other Android antivirus app, and we don't really know how well it protects against malware.

The last app, Google Play Protect, is installed on every Android phone that runs Google Play. Sadly, it's terrible at protecting against malware. Use something else.

The best mobile antivirus apps offer not only top-notch malware detection and prevention, but also a range of privacy and anti-theft features. They can track your phone or tablet via GPS, snap a picture of a phone thief with the device's camera, and even use your Android Wear smartwatch to locate your phone.

Bitdefender's Android security app has nearly flawless malware protection, a very light performance impact, a VPN client, Android Wear watch integration and robust privacy-protection tools, including an app lock, a Wi-Fi scanner and anti-theft features. There's no freemium option, however, and the separate Bitdefender Antivirus Free for Android app only scans for malware. But at $15 per year, Bitdefender Mobile Security is well worth the expense.

Norton Mobile Security offers the best malware protection of any Android antivirus app, and its malicious-website blocking and excellent anti-theft features are free. The best paid feature is the unique App Advisor, which checks apps in the Google Play store for security and privacy risks even before you install them. But you'll have to pay $30 per year to use it.

Avast Mobile Security & Antivirus is one of the most full-featured Android security apps, with everything from a privacy adviser to a VPN client to a customizable blacklist. But while Avast's malware protection is good, some of its anti-theft functions didn't work for us, its call-blocking feature didn't work at all and the ads in the free version are annoying and intrusive.

Kaspersky's Android app offers very good, if not perfect, malware protection, a small system impact and a call blocker that actually works. There are no ads in the free version, and the paid version is inexpensive. But it feels stripped-down overall, with fewer features than most of its rivals.

Lookout was one of the first Android antivirus apps, and its ease of use, clean interface and lack of ads explain its continued popularity. The free tier is bare-bones, and the premium tier charges $30 per year for features you'd get for free with most Android antivirus apps. At $100 per year, the "premium plus" plan is actually a fairly cheap identity-protection service. But we don't really know how well Lookout protects against malware, and its active scans are slow and heavy.

Like Avast, McAfee offers a ton of features, and a free version full of ads and upsell suggestions. The malware protection is decent, and a useful "Guest" feature lets other people safely use your phone for a short time. You'll get some good stuff without paying, such as anti-theft features and a Wi-Fi security scanner. But the paid app is a bit pricey at $30 per year, and the VPN client costs even more.

Google Play Protect comes built into Android, but its dismal malware detection makes the strongest possible argument for using a third-party Android antivirus app. Google Play Protect's interface is minimal, there are no ads and the system impact is light, but for your own sake, please use something else.

Qihoo's 360 Security gives you everything for free, but the catch is that you'll be overwhelmed by ads, ads and more ads. Trading up to the ad-free version would be more compelling if we had a better idea of how well 360 Security protected against malware, and if it didn't slow system functions to a crawl during scans. As of now, we can't recommend 360 Security, free or paid.

To gauge security protection, we used the latest bimonthly test results from AV-TEST, an independent lab in Germany that measures how well major Android security apps detect zero-day malware and other threats. Because some apps' scores are inconsistent from one test to the next, we also looked back at the previous two years of results.

We also used some results from AV-Comparatives, a lab in Austria that once a year tests nearly all the Android antivirus apps in Google Play, even those that don't cooperate with testing labs. But these tests are less detailed.

To measure the impact antivirus apps have on overall performance, we used the Geekbench 4 benchmarking app on a Google Pixel 3 phone running Android 9.0 Pie. For each app, we ran Geekbench several times with no AV app installed, then with one of the review apps installed, and finally during that app's full scan.

We also evaluated the number and usefulness of each app's features, took note of which features were reserved for paid users, and assessed the user interface and installation process.

Kaspersky antivirus products have been banned from U.S. government networks. Because the company is Russian, its software would create an unacceptable risk for persons and organizations involved in national security and critical infrastructure.

However, we think Kaspersky software is perfectly safe for home users. We've seen no evidence to convince us otherwise. Kaspersky researchers are well respected throughout the antivirus industry, and the company has publicly exposed Russian cyberespionage campaigns as well as American ones.

Kaspersky antivirus products have been banned from U.S. government networks. Because the company is Russian, its software would create an unacceptable risk for persons and organizations involved in national security and critical infrastructure.

However, we think Kaspersky software is perfectly safe for home users. We've seen no evidence to convince us otherwise. Kaspersky researchers are well respected throughout the antivirus industry, and the company has publicly exposed Russian cyberespionage campaigns as well as American ones.