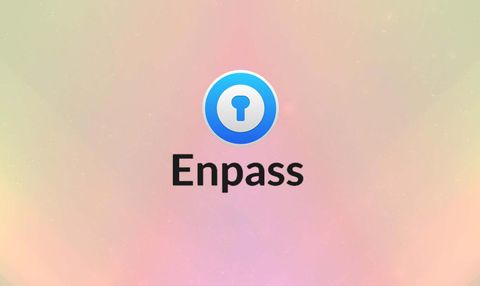 Enpass does password-manager basics right, and costs at most $48 for permanent licenses.

UPDATED with introduction of first Enpass subscription and other pricing changes. This review was originally published Dec. 15, 2017.

Enpass was once famous for having no subscription model, choosing instead to sell permanent licenses for its software. But in November 2019, Enpass introduced its first subscription while retaining many of the free/one-time options that have appealed to  customers who would rather keep password data local, or sync it how and where they choose.

Subscription or not, Enpass' pricing is still very low, with strong free desktop options, limited free mobile apps and an appealing one-time-fee option for all platforms.

Enpass is certainly not one of the flashiest or most feature-packed password managers, but it handles the basics just fine, and at a great price. If you want more features and a sleeker interface, try LastPass or Dashlane instead.

The Enpass desktop applications are very functional and entirely free. The mobile apps offer freemium service, storing only up to 25 items for free.

Unlocking the mobile apps costs $1.49 per month or $17.99 per year. That's half the price of LastPass' individual premium subscription plan, and the cheapest paid subscription we've encountered so far.

You can opt for a permanent software license for all platforms for $54 instead of paying a yearly subscription fee. That should cover all your Android, iOS, Linux, Mac and Windows devices for less than one year's subscription for Dashlane Premium.

(Note: If this pricing seems like deja vu, it is. Since 2017, Enpass' Windows and Mac applications have gone from being totally free, to being $11.99 for unlimited-item platform licenses, and then back to totally free again.)

The full service in the mobile apps allows unlimited passwords, account backup, a password generator, a password audit, autofill and online syncing through your choice of third-party cloud service.

The Enpass desktop application must be open and running for the Enpass browser extensions to work, however. This isn't true of most other password managers.

Enpass remains focused on customers who would rather keep data local, or sync it how and where they choose.

You can also install Enpass on a USB key and use it as a portable application across desktop machines. The Linux executable is different from the Mac and Windows one, but you can set up a single USB drive to be used across all three platforms.

Mobile support is equally comprehensive, including iOS 10 and up and Android 5.0 Lollipop or later. (BlackBerry support was discontinued in November 2017, and Windows Phone has also been discontinued.)

For this review, we used Enpass on a laptop running Windows 10 and macOS 10.12 Sierra, an iPad Pro 12.9, a Samsung Galaxy S8+ and a Google Pixel. Google Chrome was our primary browser across all platforms, but we also tested using Safari on macOS and iOS.

Installing Enpass from the company’s website was quick and easy. However, Mac users should be aware that if you want to use iCloud as your syncing service, you'll need the version of Enpass from the Mac App Store.

Because Enpass doesn't store your content on its servers, you won't need to create an account with the company. The initial setup is as simple as downloading the installer and creating a master password.

There is no way to recover your Enpass master password if you forget it. Unlike LastPass or Keeper, Enpass offers no account recovery options, so make sure your master password is strong but memorable.

If you used another password manager previously, or have passwords saved in your browser, you can import that data into Enpass. The program can pull credentials from more than 20 different services, so you will probably be covered. While Enpass didn't sort my items into categories such as "social media," "email" or "banks" upon import, the credentials all came over cleanly.

As with KeePass and some other DIY password managers, you can select a third-party cloud service if you want to sync your Enpass data using the internet. I chose Google Drive, but users can also sync their data through Microsoft OneDrive, Dropbox, Box, iCloud or the open-source ownCloud/WebDAV protocol. (There's no local sync over Wi-Fi available — yet.) The initial sync on Google Drive took approximately 30 seconds for my roughly 300-item vault.

An odd quirk of Enpass is that you need to get the program's browser extensions yourself from the internet. Most password managers either build this functionality into the installer or make it part of the guided setup process.

Enpass on the Desktop

The Enpass desktop application most closely resembles a File Explorer window. I'm not fond of this look, preferring the web-first design of Dashlane or LastPass, but the Enpass interface is functional, and likely familiar to most users.

You can unlock your Enpass vault using Touch ID fingerprint recognition on the MacBook Pro, which is a feature some high-end password managers don't yet support. Enpass also supports Windows Hello on compatible devices, including on Windows 10 Mobile.

Because Enpass doesn't have as many features as its competitors do, its no-frills interface doesn't get cluttered. The left-hand column displays categories of items you can save in the password manager. You can drag and drop multiple items at once, and it took me just a few minutes of work to sort through the 300-plus items I had imported.

Enpass lets you store a remarkably expansive variety of information besides the standard logins and credit cards. The program offers more than 50 customized templates, ranging from software licenses to voter identification cards.

The program can even fill online forms automatically with these details. However, it would be nice if Enpass let you attach an image of actual documents or cards, something LastPass supports.

You can add new items to any category by clicking the "+" button in the upper-left corner of the desktop interface and selecting the type of item you would like to add. You can also add folders to the left-hand column. This section will appear below Categories after you create your first folder, and will group any like items together.

Password Audit identifies problematic passwords and puts them into categories: "weak," "identical" or "old." There's also a password generator, but finding it isn't easy — it's the icon near the upper-right corner that looks like a spinning combination lock. The generator can even tweak the length and components of new passwords, with toggle switches for pronounceability and ambiguity.

The Enpass browser extension is basic, but works. It mostly just displays your most recently used logins; you can search your entire vault for more, but there's no option to edit items directly from the extension. The password generator is the only other feature present in the extension.

The desktop version of Enpass lets you share passwords with others, but there's a warning that neither of the two options for this procedure are very secure.

The bad option exports an encrypted set of credentials that anyone with Enpass software can unlock. The worse option simply exports your credentials in plain text so that anyone can read them. (Other password managers let you designate individual users who can unlock your encrypted, exported credentials.)

The mobile version of Enpass was more modern, intuitive and pleasant to use than its desktop counterpart. Both the iOS and Android apps support biometric logins, so you won't have to enter your master password more than once if your devices have fingerprint readers or facial recognition; otherwise, you can set up a PIN unlock.

Due to Enpass' limited feature set, the mobile apps have almost complete feature parity with the desktop application. You can add new items, view existing items or edit any item. The password generator is right on the editing screen (a feature that ought to be on the desktop application), and also available in the main menu with full customization options.

Enpass is certainly not one of the flashiest or most feature-packed password managers, but it handles the basics just fine at a great price.

Enpass doesn't offer two-factor authentication (2FA), which is arguably unnecessary as it doesn't store your data online. But it does offer time-based one-time passwords (TOTP), which offer similar security. Yet TOTPs are harder to set up than 2FA, and many users may not make the extra effort.

Enpass says that it uploads your data only in encrypted form to Dropbox, OneDrive and the rest. The downside is that once your data is uploaded, its security lies in the hands of a third-party service that may not have been designed with password managers in mind.

Unfortunately, there's no easy way to sync data among devices over a local network. Enpass previously promised a Wi-Fi sync function in version 6, but that effort seems to have stalled.

MORE: What to Do If Your Social Security Number Is Stolen

Enpass isn't the right choice for power users, or for families or teams who want to share passwords. But those looking for a dead-simple solution at an affordable price may want to take a look.

For the annual subscription fee of $18 per year, or a one-time purchase of $54, you'll get a full desktop-to-mobile syncing password manager that is both more secure and more convenient than saving your passwords on Post-It notes, or in your browser. Even so, cost-conscious buyers should also consider the free tier from LastPass, which delivers a better overall experience.