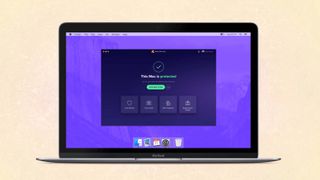 — Mozilla rushed out an emergency patch for its Firefox web browser on Windows, Mac and Linux. The flaw lets hackers seize total control of a computer. ADVICE: Make sure your Firefox build is updated to version 72.0.1 or 64.4.1 ESR.

— The social-video app TikTok can be hacked so that videos can be added or deleted to user accounts, and users taken to malicious web pages. ADVICE: Make sure your TikTok app is updated to version 14.4.0 on iOS or 14.4.11 on Android.

— Landry's, owner of the Bubba Gump Shrimp Co., Bluewater Grill, the Golden Nugget casino chain and many other hospitality chains, said credit-card thieves were in its payment systems for most of 2019. ADVICE: Check the list of affected chains, check your card statements and report anything suspicious to your card issuer immediately.

After evaluating eight free and paid Mac antivirus products, we've chosen Kaspersky Internet Security for Mac ($40 per year) as the best antivirus software for Macs. It had a nearly invisible impact on system performance, and it caught all malware.

Avast Free Mac Security is our favorite free option, as it provided nearly perfect malware protection and an easy-to-use interface with an imperceptible performance hit. But Kaspersky Internet Security for Mac and Norton 360 Deluxe are better.

Despite what you might have heard, you do need an antivirus program on your Mac. Recent years have seen more Mac malware and adware than ever before, from Trojans to targeted attacks, supply-chain attacks like the XcodeGhost attack and even encrypting ransomware.

The best Mac antivirus software 2020 at a glance

4.5 out of 5 stars -- The best antivirus program for Macs: light, fast, strong and easy to use

Bitdefender Antivirus for Mac offers flawless malware detection and a nearly nonexistent impact on system performance. It also offers ransomware rollbacks, and a streamlined, easy-to-use interface places on-demand scans front and center. We wish that Bitdefender didn't nag us to buy extra VPN service, but other than that, it's nearly perfect.

Kaspersky Internet Security has perfect malware-detection rates, locks down your webcam, kills tracking cookies and offers the best parental controls among Mac antivirus programs. But the included password manager and VPN service are limited unless you pay extra, and the malware-detection engine takes a somewhat heavy toll on system performance during scans.

4 out of 5 stars -- The best feature set among Mac antivirus programs, including unlimited VPN service

Norton 360 Deluxe has a ton of special features, including unlimited VPN service and a password manager. It also has a small impact on system performance, always-available tech support and, not least, flawless malware detection of both Mac and Windows software. You'll pay a lot for these luxuries, however, although the five-device license lets you spread out the cost. We also wish that the parental controls and backup software worked for Macs as well as PCs.

Avast Free Mac Security's malware detection is good, if not perfect; the software includes a free, unlimited password manager; it has nearly no background system-performance impact; and it scans email messages and attachments. But you'll be nagged to pay for many of Avast's extra features, such as VPN service and a system optimizer.

3 out of 5 stars -- Most cost-effective for large families

Sophos Home Premium can protect all of a large family's devices for a low price and stop kids from seeing objectionable websites. Its background system impact is more noticeable than its competitors', although nowhere near the system impact of some Windows antivirus products. We just wish we had some third-party lab-test data about the efficacy of Sophos' Mac malware scanner.

3 out of 5 stars -- Another bargain for large families, but fairly sparse on features

McAfee's 10-device license means you can support a whole family of Macs (and PCs and Android phones), but this program's lack of special features makes it hard to recommend for Mac users. Further, we don't have Mac malware-detection testing scores for McAfee, so its protection powers are untested.

2.5 out of 5 stars -- Stick to the free version, which works well along with better AV software

Despite its fast scans and light impact on system performance, Malwarebytes for Mac Premium feels half cooked. It doesn't have many of the extra features its competitors offer, and because its malware-blocking skills haven't been evaluated, we don't know how good it is at protecting your Mac. You might want to let the Premium trial expire and instead use the free tier alongside better Mac antivirus software.

To find the best antivirus for Mac desktops and laptops, we evaluate ease of use, interface and performance impact. We installed each AV program on the same Late 2013 MacBook Pro with Retina Display running macOS 10.12 Sierra. It was powered by a 2.6-GHz Intel Core i7 processor and had 8GB of RAM and 70GB of data stored on a 512GB SSD.

We conducted our own tests based on how much each antivirus product affected our laptop's performance. To do this, we used our custom OpenOffice benchmark, which matches 20,000 names and addresses in a spreadsheet. We measured how long it took to run a quick scan and a full scan while the laptop crunched numbers in the background.

We assessed how easy each program was to use and the number of useful extra features it offered (including free add-on software). To gauge how effective each package was at stopping malware, we used the results of evaluations conducted by AV-Test, a well-regarded independent product-testing lab in Germany, and results from other tests conducted by AV-Comparatives, a similarly well-respected company in Austria. (Both labs also test the best Android antivirus apps.)

A lot of people want iOS antivirus software for their iPhones and iPads. The truth is that such software doesn't exist. Apple won't let third-party apps examine other iOS apps, or even inspect new apps as they're installed. Anything that claims to be antivirus software swiftly gets kicked out of the iTunes App Store.

Many major antivirus vendors, including F-Secure, McAfee, Norton and Trend Micro, do have "security" apps in the App Store. But these check web links for known malicious sites, locate lost devices or pretend to protect your privacy. None scans an iPhone for malware.

There has been real iOS malware that affects non-jailbroken devices, but it's very rarely cropped up. In each instance, Apple has pushed out a new version of iOS to stop the malware in a matter of days or weeks. Generally, if you keep your Apple mobile device updated to the latest version of iOS, you should be safe.