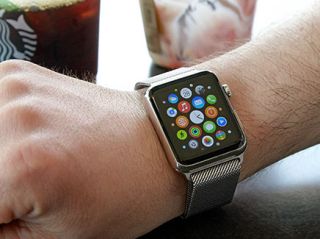 How to Use the Apple Watch

Editor's note (June 14): To decide between the cheaper Apple Watch Series 3 ($279) and the pricier Series 4, check out our face-off. If you own an older Apple Watch, watchOS 6 will debut this fall with tons of new features to make your Series 1, 2, 3 and 4 even easier to use.

The Apple Watch may not have become as indispensable as your smartphone. But since Apple first took the wraps off its smartwatch in 2015, the Apple Watch has still managed to fill a need for many users, and the addition of cellular connectivity in the latest version makes this gadget even more useful. The key to making the Apple Watch an essential part of your life? Know how to get the most of it. We've got an in-depth guide to Apple's smartwatch, but let's start with some quick tips and tricks that make the Apple Watch even easier to use. —Dan Moren

To jump back to your most recently used app, double-tap the Digital Crown.

You might want to set up multiple watch faces for multiple purposes — one with a minimal face for those times when you don't want a cluttered interface, the other with a more fun display. To switch back and forth, you can simply swipe to the left and right from the watch face.

Rearranging Applications in the Dock

WatchOS 4 overhauled the Dock, which gives you easy access to your most frequently used apps. But what if you want to change the order in which those apps appear?

• Open the Watch app on your iPhone and select Dock.

• Choose whether you want your Dock ordered by recently used apps or favorites.

• Tap Edit to choose your favorite apps. You can add up to 10 apps to your Dock, which is accessible by pressing the side button on the watch.

When a call comes in in the middle of a meeting, just cover the Apple Watch with your hand to mute it.

To take a screenshot of your Apple Watch, first make sure that the feature is enabled in the Apple Watch app on your iPhone. Tap General from the Watch app's main screen, then scroll down and tap Enable Screenshots.

Send a Friend Your Location

It's easy to let someone know where you are, using the Messages app on your Watch.

• Open a conversation in Messages.

Reading and Responding to Messages

To read a new message, raise your wrist after reading a notification. To dismiss the message, lower your arm.

Open the Apple Watch's Messages app. Its icon is identical to the one on your iPhone. Then Force Touch the screen and then tap New Message.

Here's how to get rid of an email directly from your watch.

• Open the Mail app on your Apple Watch.

• Swipe left on any email.

• Tap Trash to delete the message.

Notifications piling up? Here's how to dismiss them.

• From the watch face, swipe down from the top of the screen to display your notifications.

• Force Touch the display, then tap Clear All.

Setting Focus and Exposure in the Camera App

The camera on your Apple Watch lets you use the watch as a remote for your iPhone camera. Launch the app, and tap anywhere on the preview image on your Watch to set the focus and exposure.

Ending or Pausing Your Workout

With a workout in progress, open the Workout app.

• Swipe right on the display.

Deleting Apps from Your Apple Watch

Removing an app from your Apple Watch works much the same way it does on an iPhone.

• From the watch face or any app, press the Digital Crown to go to the Watch's home screen.

• Tap and hold any any app icon.

• Tap the small X that appears on any third-party app icon to remove the app from your Watch.

Here's how to control the device — your phone or your watch — from which you play music.

• In the Music app, Force Touch the display, then tap Source.

• Open the Calendar app, select a day, and then Force Touch the display.

Have Mickey/Minnie Mouse Speak the Time

Among the Apple Watch's many faces are two different versions featuring either Mickey or Minnie Mouse. And they can pull off a little trick.

• Tap the screen and whichever character you have selected will announce the current time. (You can disable this under Sounds & Haptics in either the Watch's Settings app or the Watch app on your iPhone.)

To pull up Siri for voice commands, press and hold the Digital Crown. Alternatively, raise your wrist and say "Hey Siri."

Your phone is always a quick tap away when you're wearing an Apple Watch.

• From the watch face, swipe up on the display to bring up Control Center.

• Tap the Find Phone icon in the right. Your iPhone will play a sound.

If you're upgrading your iPhone, you'll want to make sure you unpair your Apple Watch.

• Open the Apple Watch app on your iPhone, and select your Apple Watch from the main menu.

• On the next screen, tap the "i" button next to your Watch.

• After the call, your emergency contacts — as set in the Health app on your iPhone — will automatically be notified, and if Location Services on your Watch is off, it will be temporarily activated.

Current page: How to Use the Apple Watch - Tips, Tricks, Apps and Bands

Next Page 10 Coolest Things the Apple Watch Can Do