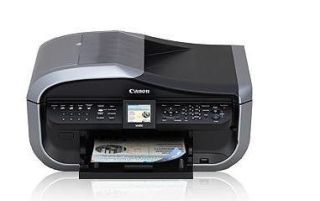 Printers have always been an integral accessory for the home computer, but their role has changed almost immeasurably. If you were around computers in the 1980s, when printers first became an affordable home computer accessory, you may remember the two choices of printers that were available: dot matrix and daisy wheel.

Dot matrix was faster and quieter and could even print (low resolution) graphics. Daisy wheel couldn’t print graphics, ran at about the same speed as a fast typist, and made the same irritating sound as the typist’s typewriter. But it did produce “letter quality” print that you wouldn’t be embarrassed to use in a business or legal document. Each font had its own daisy wheel, so if your document used more than one font, the printer would pause while you removed one daisy wheel, and replaced it with another. Of course, for home use, only black ink was available.

That brief, two paragraph flashback reminds me of just how far the printing industry has come, and just how quickly change arrives now that we’re in the technology age.