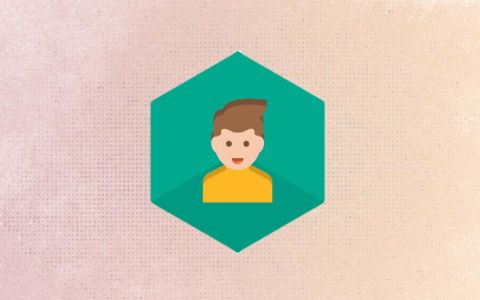 Kaspersky Safe Kids is the cheapest good option for monitoring Android, but Net Nanny is better for keeping an eye on Apple mobile devices.

Kaspersky Lab is one of several antivirus companies that have recently added stand-alone parental-control services to their portfolios, and this one's a winner among affordable options.

The free version of Kaspersky Safe Kids monitors a single child's smartphone or computer (Windows or Mac), offering most of the top features found in any parental-control service. For parents with multiple devices to monitor, Kaspersky Safe Kids' premium option is the most affordable that we tested, selling for $14.99 per year for an unlimited number of devices.

As with most of the parental-control services, the iOS monitoring app has less functionality than the Android equivalent. Much of this is due to Apple's tight grip on the operating system, but other options, such as Net Nanny, do a more thorough job with iOS. (In March 2019, Kaspersky Lab filed an antitrust complaint against Apple, alleging that the iPhone maker had forced the removal of Safari browser blocking and app management from the iOS version of Kaspersky Safe Kids.)

The parental web portal also felt sluggish and could use a refresh to streamline the interface, although parents can use their own smartphone apps instead.

But if your kids use Android devices, and especially if you're on a tight budget, you should absolutely consider Kaspersky Safe Kids. For just $14.99 a year, you'll get an extremely competitive and effective feature set.

Kaspersky Safe Kids has software available for kids' devices running Android (4.4 KitKat and later), iOS (10 and later), Windows (7 and later) and macOS (10.11 El Capitan and later). With this software, parents rely on the parental smartphone apps or the web portal to monitor and manage their kids' activities.

Kaspersky Safe Kids takes the fairly common approach of offering a limited free version along with a yearly subscription option to unlock the full features of the app.

The premium pricing is pretty amazing, at just $14.99 a year for an unlimited number of child profiles and devices. No competing apps come close to this pricing for a premium service tier covering multiple users and devices.

However, Kaspersky also has one of the most compelling free offerings available, with web filtering, app-usage controls and screen-time management all included.

What you won't get for free are the child locator, social-network monitoring, text and call screening, and real-time alerts. Those are all valuable features for smartphone monitoring, but if you are just trying to monitor a tablet or PC for your kid(s), I would see little reason to jump to the paid version.

Your first step during installation is to create or sign in to your My Kaspersky account, either on the web or via the mobile app. From there, you create a profile for each of your children. Names and birth years are the only pieces of information that you need to enter. A variety of avatars are available to assign to each child, or you can upload a photo instead.

One unique touch during installation is that Kaspersky offers age-sensitive advice on how to discuss the app with your child. This is part of a larger feature called Advice for Parents that you will see here and there throughout the app. If you find this irritating, you can turn it off in Settings.

Next, you identify which platforms your child uses and install the software on each of your kid's devices. Kaspersky does a solid job guiding you through the process on each platform; iOS is the most involved, with the need to install a profile via the Safari browser, but no separate downloads are needed.

The Kaspersky Safe Kids app covers all of the basics with what it calls application monitoring. There are a number of features that aren't supported by iOS. You lose the ability to block apps by category as well as the ability to create specific settings for individual apps.

My primary complaint with this section isn't about any of the features, or lack thereof, but that you end up clicking through a lot of different areas to get everything set up and it's simply not intuitive.

The category blocking for apps is a fairly unusual feature, but it uses the same ideas implemented in most other parental-control apps' web-filtering options. There are 17 app categories listed; you get a choice between Allowed or Forbidden for each.

The one piece of application monitoring supported by iOS as well as the other platforms comes in the age restrictions. This feature uses the age ratings that apps get in their respective stores and blocks anything not rated for the age you listed for your child. Note that you can't grant exceptions if you happen to disagree with the rating an app received.

The final feature for app monitoring in Kaspersky Safe Kids overlaps with time management. On the main application-monitoring settings page, there is a full list of your child's apps, and you can select Forbidden, Allowed or Restricted for each one.

If you choose Restricted, you then get a popup menu that lets you set a time limit for that one app in a given day. This works with the time-management features, so you can, for example, say that your child can use their phone for 3 hours daily but watch YouTube for only 30 minutes.

Kaspersky Safe Kids offers one of the more comprehensive web-filtering feature sets among the parental-control apps that I tested. There are a total of 14 categories (a far cry from the 150 categories offered by MMGuardian but probably enough for most users), and each can be flagged as Forbidden, Allowed, or Warning.

By default, Kaspersky Safe Kids will automatically flag these for each category based on the age of your child, but you can make changes as you see fit.

For websites flagged with Warning, a message will pop up on your child's screen if they try to visit the site. If they opt to visit it anyway, you will be notified. Kids can also request permission to visit a forbidden site, but in that case, they will need your approval.

MORE: The One Google App Every Parent Needs

Sticking with the supported browsers on each platform, everything worked as expected for me. This included Chrome for Android; Kaspersky's own Safe Browser for Android and iOS; and, on desktops, Google Chrome, Mozilla Firefox, Microsoft Edge, Internet Explorer and Safari. Blocking alternate browsers is the best option to prevent kids from finding holes in the content filtering.

Kaspersky Safe Kids offers a reasonable suite of time-management features to control or simply monitor the time your children spend on their devices. While everything works fine, the user interface is a little clunky and there are a couple of odd limitations.

The first choice you need to make is between Statistics Only and Time Limit. The former will just give you a breakdown of your child's usage but won't restrict them in any way.

The latter is the more traditional feature and can limit the time on their devices either by number of hours per day or according to a schedule. Notably, you can't opt to use both, and all of these settings are per device. I can't fathom the reasoning behind not enabling these two features to work in tandem, as virtually every other service we tested offers this functionality.

Regardless of which time-limiting option you select, you can choose between having the software block the child's access outright when he or she reaches the limit or having the program simply warn the child that the limit has been reached (at which point, you will receive a notification).

On the iOS version of Kaspersky Safe Kids, you can't use the blocking function; instead, the kids will merely be prompted with a warning that they've reached their time limits for the day.

Kaspersky Safe Kids lets a child request additional time, but that feature is limited to computers. I imagine the reasoning is that schoolwork may need to be done on computers, but it feels like an odd omission to not at least make this an option on mobile, as tablets are certainly viable machines for schoolwork today.

Texting management is limited to Android users, but it lets you log all calls and SMS messages, or just one or the other if you prefer. If you have a specific contact you are worried about, you can flag that person for monitoring, and the app will notify you immediately when texts or calls are made to or received from that contact.

To be clear, this feature does not provide you with the content of the messages. It merely tells you that they happened and when. If you are determined to view the content of your child's text messages, then Norton Family Premier offers such a solution, but again, that feature is Android-only.

Kaspersky Safe Kids has a solid location-tracking offering, which lets you pull up a map of your child's location and set geofences. Both features worked well in our testing.

The geofencing has an interesting twist in that it allows you to set not just the location where you expect your child to be, but also when you expect him or her to be there. For each geofence, you create the area and then define the time frame during which the child should be there each day.

My only two complaints are the lack of a log or location history and the inability to define a small geofence, which would be particularly useful in urban settings. The roughly 700 yards (0.4 miles) for the minimum geofence covers way too much ground.

This feature allows parents to monitor their kids' activities on Facebook and the Russian social site VK. To set it up, you send your child a link through the app that they then need to install in Facebook or VK. This feature works better than the comparable social monitoring available on Norton, but ultimately, given the limited number of services covered, it seems like a losing battle.

While it isn't the best option in terms of features, I think Kaspersky Safe Kids covers what most people would consider to be must-have features at an amazing price of just $14.99 a year.

Most of my complaints with the app are directed at the web portal. So, if you're likely to set most of these things once and then just track your child's activity from there, I definitely think you can look past the initial headaches and enjoy the savings Kaspersky offers over other, pricier options.