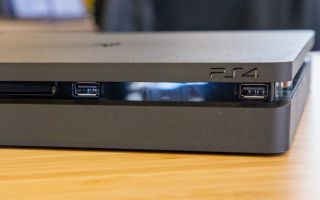 Sony appears to be working on a new game cartridge technology, despite the industry increasingly moving to digital and disc-based formats.

Sony has filed a patent in South Korea for a new technology it's calling, simply, "electronic game cartridge." The patent application, which was earlier reported on by Techstatic and Engadget, doesn't provide any detail into exactly what Sony has planned for the technology. But it appears to something that would be inserted into a portable device or a game console and allow you to play games on the Sony device of your choice.

While it's unclear whether the game cartridge will ever find its way to a future gaming device, there have been some hints in recent months that suggest Sony is working on something.

In May, for instance, the company said that it sees value in a device that can offer both portable and home-based gaming in one. Meanwhile, reports continue to swirl that Sony is working on a big PlayStation 5 update.

MORE: PlayStation 5 Rumors: What We Know So Far

It's not lost on anyone that Nintendo's Switch, which allows you to play console-quality games both at home on your television and on the go has been extremely popular. It's possible that Sony believes it can revive its PlayStation Vita and combine it with a new PlayStation console and follow Nintendo's tack. Along the way, the cartridge could be the vehicle for bringing games from one form to another.

But alas, there's no way to tell for sure what Sony truly has planned. Like other major companies, Sony files for patents all the time. And while some will materialize, others will fall by the wayside, never to be seen again. It's unknown which of those two piles the game cartridge could fall in.