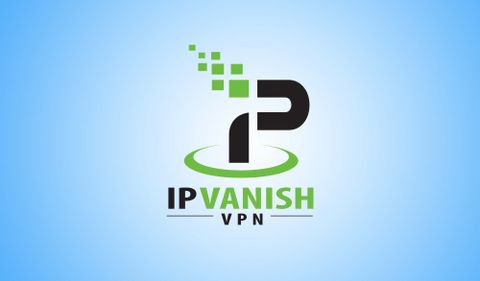 IPVanish offers powerful performance on 10 devices at the same time. While there are some weaknesses, the overall impression is very good.

IPVanish is a provider of VPN services based in the United States. It was founded in 2012 by Mudhook Media Inc. and acquired by J2Global’s NetProtect business in 2019. It proudly wears the badge of being one of the rare tier-1 VPN providers. This means it owns and manages its own servers instead of renting the infrastructure from third parties, giving the company more control over how they are installed and run.

If you opt for this VPN vendor, you’ll be able to choose among several subscription plans. The most expensive one, although cheaper in comparison to the majority of other similar services, is the monthly plan at the price of $10.00. The quarterly subscription will cost you a monthly equivalent of $8.99 ($26.99 billed every three months), as well as the annual option which reduces the monthly price to $6.49 ($77.99 billed annually).

Accepted payment methods include PayPal and a wide assortment of credit cards.

All the pricing plans are accompanied by a surprisingly short, 7-day money-back guarantee. If you’d like to test the service out beforehand, you’ll only be able to do so during these seven days, as there is no traditional free trial.

However, the refund policy states that if you choose to cancel before the end of the seventh day of your subscription and if you have used a refundable payment method, the refund will be processed automatically. Having said that, customers who sign up using the iOS app do not qualify for the money-back guarantee and any refund requests for such accounts are handled by Apple.

IPVanish has straightforward and intuitive native clients for Windows, Android, Mac, iOS, Chrome OS, and Fire TV. Furthermore, it supports a long list of additional platforms, such as Windows Phone, Linux, and routers, for which this VPN vendor has provided files and manual setup guides.

Connecting to the service is possible on up to 10 devices at the same time, as long as only one connection uses PPTP or L2TP. Other industry competitors often don’t support such a high number of simultaneous connections.

Although this is more than enough for most households, this limitation can be removed by installing the VPN on a router. You can also buy a router with pre-installed IPVanish VPN from one of the company’s partners.

With any subscription plan chosen, you’ll have access to more than 40,000 shared IP addresses and over 1,300 P2P-optimized servers located in 75+ countries around the world. IPVanish currently unblocks many popular geo-restricted or censored services and websites including Netflix, Hulu, Facebook, Kodi, Skype, Spotify, Twitter, WhatsApp, and more, although BBC iPlayer is not on this list.

This VPN vendor supports torrenting although it is a bit coy about it. All of its servers are P2P-friendly, meaning you will be able to exchange large files via torrenting clients on any of them with no speed or data limitations.

The Android app has a split tunneling option enabling you to select the apps you would prefer to be routed through your ISP instead of the VPN. This feature is useful when you’re using apps that need to confirm your identity to function properly, such as banking apps.

The iOS app allows you to create lists of wireless networks you want to protect by VPN at all times and those that are safe enough.

IPVanish’s kill switch will allow your identity and online activities to remain hidden even if the VPN connection is lost. When activated, it simply shuts down all Internet access on your device. This feature is available on Windows, Mac, and Android VPN clients.

A strict no-logging policy is a must in this business and IPVanish has one. It states that it doesn’t collect, monitor, or log any data about traffic or other use of its VPN service, under any circumstances, on any platform. It does compile some statistical information related to app crashes.

This is as much detail about the no-logging policy as we get. There’s also been no independent confirmation of these claims, which means we just have to trust them. On the other hand, IPVanish’s competitors are lining up to hire outside auditors to prove they’re trustworthy.

Doing this would help them clean up their record tainted by a data-sharing scandal. It doesn’t help that the provider is based in the United States, a place with a poor record of respecting netizens’ privacy.

IPVanish delivers superb results in terms of speed and connectivity testing. The performance of both local and distant servers is satisfactory, although some of them hail quite feeble download speeds, such as 5Mbps recorded for one server in India.

If you run into any problems when using the service or are just interested in what it has to offer, the provider’s rich support site is filled with resources divided into categories.

If this knowledgebase isn’t of any help to you, IPVanish has outstanding customer support which can be reached via live chat or email, 24/7. To top it all off, the support team is available via telephone during office hours - 9 AM to 5 PM CT (UTC -6), Monday - Friday.

IPVanish is a serious performer with a long list of qualities deservedly placing it among the top VPNs. Its support covers a solid list of platforms and allows users to safely engage in online activities on as many as 10 devices concurrently.

It unblocks some of the popular geo-restricted streaming services and supports torrenting, all the while providing excellent speeds and connectivity. Additionally, live chat and phone line are open if you need any assistance.

That said, the money-back guarantee is very short and it would be reassuring if the company opened its doors to an independent auditor.