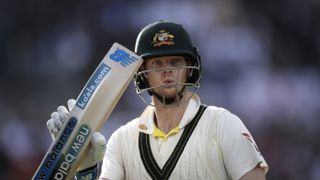 Sometimes the best you can hope for is a tie. That's the case today, as England take the pitch at The Oval in London to see if they can bring the 2019 Ashes Series to a final tally of 2-2. Yes, with their backs against the wall after Australia confirmed they would retain the Ashes at the 4th Test, it's time to fire up your streaming devices to find an Ashes 5th Test live stream to watch a bout for dignity.

The England plan is already being set into motion, with Chris Woakes moving back to the side and Sam Curran making his series debut. The mighty Ben Stokes is set to take the role of specialist batsman, to try and drum up as many runs as possible.

Meanwhile, everyone expects Australia's Steve Smith to continue being the star of the show. Early in the 4th Test, Smith scored his third double-century in the Test matches and his third century in the series. Oh, and he also earned the accolade of being the first batsman to earn 500 or more runs in three successive Ashes series.

When is the Ashes 5th Test?

The 5th Test runs from September 12 to 16, emanating from the The Oval in Kennington in London. Play beings at 11 a.m. local time each day — which means Yanks need to set the alarms for 6 a.m. Eastern time or maybe just stay up to 3 a.m. Pacific.

How to live stream the 5th Ashes Test in America

The 5th Test of the Ashes will kick off in the U.S. at 6 a.m. on the Willow TV channel. Willow is available both as an ala carte streaming service (for $9.99 per month), and as a part of cable TV packages, from providers including Dish, Fios Verizon and Charter. It's also available for $9.99 per month as an add-on for Sling TV.

Over in the UK, the Ashes are available for Sky Sports subscribers, which showing the event on Sky Sports The Ashes. Sky Q Experience subscribers (£35 per month) will see the fifth Test in up to UHD resolution. You're also not tied to a TV, either, as the Sky Go app.

Don't despair if you don't subscribe to Sky: all of its channels can be procured with a Now TV sports pass, which starts at £9.99 for a day's use. The entire Fifth Test can be viewed with the £14.99 per week rate, though the £33.99 per month package is the best value.

It doesn't matter if you're in England or Australia (or even America): you can watch the 5th Test of the Ashes from wherever you go, and use the streaming service you're used to in defiance of any geo restrictions that may try and block your way.

Once you've got a VPN, and we've got our picks on the best ones, you can make it seem as if your computer is back home, or anywhere else. This way you can use the legal service that you're used to, and stop cycling through illegal streams from Periscope, Reddit and wherever else you're pulling them from.

Our favorite VPN service, ExpressVPN, really shines thanks to its safety, speed and simplicity-to-use. It's also compatible with loads of devices - from iOS and Android to Roku, Apple TV and PlayStations. You'll even get an extra 3 months free if you sign up for a year, or there's a 30-day money-back guarantee if you just want to give it a try.View Deal

Cheap and secure, NordVPN is just $2.29/month for a three-year contract, uses 2048-bit encryption, and makes it easy to use streaming services.View Deal

Performance is just average, but this is one of the simpler VPNs out there, and at $9.99 for one month of service, TunnelBear is a lower-cost option if you just want to use the VPN to watch the third Test.View Deal