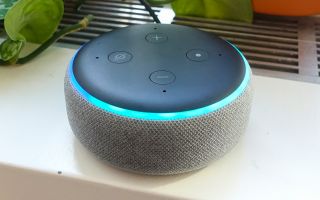 Amazon offers some of the best discounts on the industry's best-selling tech. It's on of our go-to stores when we're looking for the best bargains. We're talking everything across the board including smart home devices, HDTVs, laptops, tablets, headphones, smartwatches and kitchen gadgets.

Some of Amazon's Alexa-enabled branded devices are also on sale this week, from the Echo Dot to the Echo Show 8 to its affordable Fire tablets. So if you're looking for today's best Amazon deals of the day, you've come to the right place.

Amazon Fire TV Stick: was $39 now $24
The Amazon Fire TV Stick is a streaming gadget that lets you watch Netflix, Hulu, Amazon Video, and just about any other service you can think of in full 1080p. It includes an Alexa remote with a built-in mic, so you can find things to watch using voice commands. It's $5 shy of its all-time price low. View Deal

Amazon Fire TV Cube: was $119 now $99
Get access to tons of content with Amazon's Fire TV Cube. The device is an excellent marriage of an Echo speaker and streaming provider that's able to control your living room. We've seen it on sale for less before (it was $89 over the holidays), but it's still a solid deal at $99.View Deal

Echo Plus (2nd Gen) w/ Smart Bulb: was $179.98 now $149.99
The second generation Echo Plus improves upon its predecessor with great audio a built-in smart home hub. This bundle comes with a Philips Hue smart bulb to get your started. The smart home starter kit in now $80 off.View Deal

Amazon Echo Show 5: was $89.99 now $69.99
The Echo Show 5 is a good smart display at its discounted price. The 5.5-inch screen is perfect for checking the weather, managing to-do lists, or video calls. It's currently on sale for $20 off. View Deal

Amazon Echo Show 8: was $129 now $99.99
The Echo Show 8 features an 8-inch display and a camera shutter that blocks its lens when it's not in use. For a limited time, you'll get a free Echo Dot smart speaker when you buy the Echo Show 8.View Deal

Echo Dot w/ Clock: was $59.99 now $44.99
The All-new Echo Dot with Clock is a revamped 3rd-gen Echo Dot now with a built-in LED display. The new Echo Dot can show time, temperature, or a timer.View Deal

Toshiba 43" 4K UHD Fire TV Edition: was $330 now $249.99
With its easy to navigate interface, HDR support, and built-in Alexa support, the Toshiba 43-inch 4K Fire TV Edition Smart TV is one of the best branded smart TVs we've ever seen. It's currently $80 off at Amazon which is the second lowest price we've seen for this TV. View Deal

Google Pixel Slate (Core m3): was $799 now $444
The Pixel Slate has an elegant design, sharp screen, and a comfortable keyboard (sold separately). It also lasts 10 hours on a charge. It's now at its cheapest price ever.View Deal

Apple iPad (Wi-Fi, 32GB): was $329 now $249 @ Amazon
The standard iPad offers some serious bang for your buck. For most people, this is the tablet to buy. It has a gorgeous display, very long battery life and now supports the Smart Keyboard.View Deal

iPad mini (64GB): was $399 now just $384
With its A12 Bionic chip and Apple Pencil Support, the new iPad mini is more powerful and versatile than ever before. The rarely discounted tablet is now $15 off. View Deal

Anker 60W USB-C Charger: was $56.99 now $35.99 @ Amazon
This 2-port wall charger has a compact folding design for travel-friendly portability. It fast charges laptops, phones and tablets like MacBook Pro, iPad Pro, iPhone 11, Pixel, Galaxy devices and more. At $22 off, it's at its lowest price yet. View Deal

Anker Powerline+ II Lightning Cable (3-Pack): was $39.99 now $29.99 @ Amazon
Apple device owners know all too well the struggle of finding durable USB-C connector cables at an affordable price. For a limited time, you can snag three Lightning cables for under $10 a piece.
View Deal

35% Off Gatorade, Pepsi, Doritos and More
Stack up on your favorite snacks with this excellent deal. Log into your Prime account to get 25% off Pepsi brands. (The 25% clickable coupon can only be seen when you're logged into your account). Sign up for Subscribe & Save and you'll get an extra 5% off.  View Deal

Amazon Echo Buds: was $129 now $89
The Echo Buds offer good sound quality, solid noise cancellation, and great integration with Alexa. They're on sale for $89.99 ($40 off) for the first time ever. View Deal

Beats Solo Pro Wireless: was $299.95 now $249.95
The Beats Solo Pro wireless headphones pack everything you could want in a pair of headphones. They feature active noise cancelling, an advanced acoustic system, and up to 22 hours of battery life. They're currently on sale for the first time ever. View Deal

2019 AirPods w/ Standard Case: was $159 now $129
One of the 2019 AirPods' new features is a faster chip and longer talk time. These are currently on back order, however you can grab them for the sale price now. View Deal

2019 AirPods w/ Wireless Case: was $199 now $169
These 2019 AirPods' can be charged wireless via Apple's new wireless AirPods charger. These are currently on back order, however you can grab them for the sale price now. View Deal

Bose QC 25 Headphones: was $177 now $129
The Editor's Choice QC 25 provide excellent noise-cancellation along with rich audio in an attractive frame. Unlike the QC 35s, these headphones are wired. However, they're considerably cheaper and at an all-time price low. View Deal

Diesel On Smartwatch 48mm: was $325 now $199
This stylish Diesel On smartwatch features a touchscreen functionality, heart rate tracking, smartphone notifications, NFC payments, GPS, a microphone and Google Assistant built in. Amazon currently has it on sale for $126 below its regular price. View Deal

Fitbit Ionic: was now $249.95 now $191
Some of the highlights of our Fitbit Ionic review included its four day battery life and comprehensive sleep analysis. With built in GPS, you can track pace, distance whether you're cycling, running, swimming or walking. View Deal