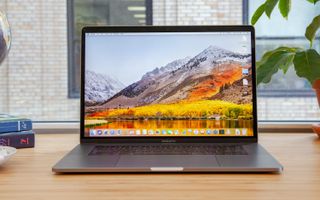 Apple devices are renown for their high prices, but thanks to retailers like Best Buy, Walmart, and Amazon — finding the best Apple deals is easier than ever.

On any given day of the week, these retailers will have one — if not multiple — Apple deals to choose from. From AirPods deals to iPad deals, you can save from $50 to $300 off your favorite Apple gear if you know where to look.

Apple Watch deals, on the other hand, are a little trickier. Many retailers are still running low on Apple Watch inventory. So while it's possible to find excellent Apple deals on the Apple Watch, you'll have to act fast when you spot a deal that fits your budget.

We're all about saving money, so to help you with your Apple shopping, we're rounding up the best Apple deals in one spot. From Mac laptops to Apple iPads, here are the best Apple deals you can score right now. (Also, make sure to follow our iPhone deals coverage for the best discounts on Apple's smartphones).

Apple 10.2" iPad (32GB): was $459 now $259 @ Best Buy
The least expensive iPad now costs less than ever before. The iPad is an excellent tablet with a bright display, long battery life and keyboard support. This base model comes with 32GB of storage, Wi-Fi, and built-in LTE. It's actually cheaper than the Wi-Fi only model. View Deal

AirPods w/ Wireless Case: was $199 now $169 @ Walmart
For a limited time, you can get the AirPods with Wireless Charging Case for $169. That's the second-best price we've seen for these buds. They come with a Qi-compatible case that allows for wire-free charging. View Deal

Apple Watch S5 (GPS/40mm): was $399 now $384 @ Best Buy
The new Apple Watch Series 5 features an always-on display that dims itself when not in direct view. It also has a built-in compass and faster S5 processor.View Deal

Apple MacBook Air (2017): was $999 now $749 @ Amazon
The 2017 MacBook Air has aged like a fine, aluminum-clad wine. This machine packs a 1.8GHz Core i5 CPU, 8GB of RAM, and 128GB of SSD storage. More importantly, it has the best MacBook keyboard Apple has ever made, plus plenty of ports for  your devices.View Deal

Apple is trying to make it easier to upgrade to a new phone. For a limited time, the Apple Store is offering up to $600 for your old iPhone when you purchase a new iPhone 11 and trade-in your old iPhone. You can make the transaction online or simply bring your old iPhone to an Apple Store to receive your credit instantaneously.

Apple isn't revealing when this special will end, so if you have an older iPhone, you'll want to take advantage of this asap. Alternatively, Best Buy is offering up to a $449 when you purchase a new iPhone and trade-in a qualifying previous-gen iPhone. However, a quick glance at Best Buy's trade-in estimates reveals that the Apple Store might be offering the better value.