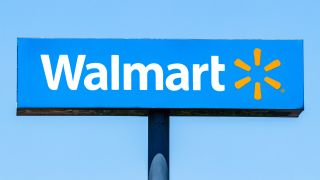 Lets' be honest: Walmart deals can be found any day of the week. However, if you're looking for really good Walmart deals — the ones that are usually hidden — you've landed at the right spot.

We're rounding up the best Walmart deals on everything from gaming consoles to KitchenAid mixers. In some instances, we're seeing Walmart deals that are on par or cheaper than they were over the holidays. For instance, Walmart currently has the PS4 Pro on sale for $299. It also has multiple Roku 4K TVs on sale from $115. (You'll find both Walmart deals below).

Even better, Walmart is still offering free two-day shipping on many orders over $35. That means you can shop the latest Walmart deals and get your purchases delivered fast, without having to pay any membership fees. (We're looking at you, Amazon).

So here are all the best Walmart deals right now updated daily.

Motile Laptop: was $699 now $349 @ Walmart
Motile is a collaboration between THX, Motile, and AMD. In October, the trio released new Motile laptops designed specifically for entertainment purposes. They're sold exclusively at Walmart and this model on sale packs a Ryzen 5 CPU, 8GB of RAM, and 256GB SSD. View Deal

Google Smart Light Kit: was $55 now $29 @ Walmart
This smart light kit includes a Google Home Mini and GE C-Life Smart Bulb, which can be controlled via the Home Mini. It's the cheapest price we've seen for this starter kit. View Deal

Roku Streaming Stick 4K: was $69 now $49 @ Walmart
The Roku Streaming Stick Plus gives you 4K streaming quality and access to hundreds of channels and apps, including Apple TV, Prime Video, Netflix, Sling TV and Disney Plus. It's one of the best Walmart deals we've seen.View Deal

Google Home: was $129 now $79 @ Walmart
Walmart is our go-to store for deals on Google gear. Currently, the retailer has the Google Home smart speaker on sale for $79. That's $20 off its regular price. View Deal

Google Home Mini: was $49 now $25 @ Walmart
Walmart now has the compact Google Home Mini smart speaker on sale for just $25. The Google Home Mini is the perfect entry-level smart home device. It's fabric-swathed design is homey and pleasantly unassuming. It's one of the best Walmart deals we've seen. View Deal

Google Home Mini 2-Pack: was $98 now $45 @ Walmart
The Google Home Mini is the best smart speaker for anyone invested in the Google ecosystem. This deal nets you two Google speakers for just $45.View Deal

Google Smart Home TV Kit: was $74 now $45 @ Walmart
This smart home bundle nets you a Chromecast and Google Home Mini for just $45. The Home Mini alone normally costs $49. It's one of the best and most affordable ways to bring Google Assistant into your home. Even better, it comes with a $10 Vudu credit. View Deal

Google Home Max: was $399 now $299 @ Walmart
The Google Home Max can do everything from ordering food to turning off your lights. It sounds great, can blend into any room, and it's currently $100 off.View Deal

Samsung QLED TV Sale: Up to $2,000 off @ Walmart
Samsung's QLED TVs are renown for their rich colors, solid picture quality, and sky-high prices. That is until now. Walmart is slashing up to $2,000 off Samsung's 2019 QLEDs with pricing that starts at $597. It's one of the best TV deals out there for fans of premium TVs. View Deal

Sceptre 65" 4K TV: was $899 now $349 @ Walmart
You'll be hard pressed to find a cheaper 65-inch TV than this Sceptre. Sure, you're missing out on smart features, but if you want a no-frills Super Bowl TV — this is the model to get. It has 4K resolution and HDR support.View Deal

JVC 70" 4K Roku Smart TV: was $899 now $579 @ Walmart
This 70-inch JVC 4K TV is fueled by Roku TV which offers a streamlined user experience. For a limited time, this TV is $320 off at Walmart and one of the best Super Bowl TV deals you can get right now.View Deal

Element 70" 4K Roku TV: was $798 now $499 @ Walmart
The Element 70-inch 4K Roku TV is one of the biggest Element HDTVs you can buy. It features Roku's easy-to-use platform which gives you access to popular streaming apps.View Deal

AirPods w/ Charging Case: was $159 now $129 @ Walmart
Walmart has the Apple AirPods (with standard charging case) on sale for $129. That's one of the lowest AirPods prices ever. (It's just $4 shy of their all-time price low). The headphones feature Apple's latest H1 chip for fast wireless connectivity with Apple devices. It's one of the best Walmart deals around. View Deal

Powerbeats 3: was $199 now $89 @ Walmart
The Powerbeats 3 don a comfortable, flexible, over-ear fit, powerful bass and sweat-resistance. They're great for everyday use, the gym, and running. Get them now while they're on sale.View Deal

Sony PS4 Pro: was $399 now $299 @ Walmart
One of our favorite deals from Black Friday is back. Walmart once again has the PS4 Pro console on sale for $299. That's the cheapest price we've seen for Sony's 4K console. Although it was bundled with a free game over the holidays, this is still a solid deal and one of the best Walmart deals ever.View Deal

PS4 w/ 3-Games: was $299 now $256 @ Walmart
Walmart now has the PS4 "Only on PlayStation" Bundle on sale for $259. It comes with The Last of Us Remastered, God of War, and Horizon Zero Dawn. It was $7 cheaper on Cyber Monday, but still a solid Walmart deal. View Deal

Star Wars Jedi: Fallen Order: was $59 now $49 @ Walmart
Fallen Order is a visual spectacle. From its silky-smooth water effects to the glowing hot trail of destruction left by a lightsaber, this Star Wars game offers stylish combat and a complex story. The Xbox and PS4 versions are each $49. View Deal

Xbox One S Star Wars Bundle: was $299 now $212 @ Walmart
This bundle includes a 1TB Xbox One S console, an Xbox wireless controller, and a full-game download of Star Wars Jedi: Fallen Order. It hit $199 on Cyber Monday, but is still a steal at $212. View Deal

Apple iPhone 6s (Straight Talk): was $299 now $99 @ Walmart
This 32GB phone is tied to Straight Talk's wireless service. It's the lowest price we've seen on this iPhone model, which is a couple generations behind the current iPhone 11 family.View Deal