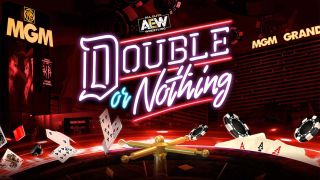 May 26 Update: Missed the big show? You can still buy Double or Nothing via streaming services, and watch its pre-show below.

The biggest wrestling PPV in decades — AEW Double or Nothing, the hotly anticipated debut show from Matt and Nick Jackson, Cody Rhodes and Kenny Omega — delivered big time. So, if you were unable to watch it live, you're probably thinking about seeing what all the fuss is for.

How to Watch The Buy In pre-show

No need to go anywhere else, fellow fans – AEW posted its pre-show for free on TNT's YouTube, and we've got it embedded here:

The Buy In's matches are:

How to Watch Double or Nothing's main show in the U.S.

The main card of Double or Nothing, which you need to pay for, is still available from a wide variety of services as a replay PPV. These include major American cable TV services such as DirecTV (not DirecTV Now), Dish and Comcast, where it will cost $50 — except in the case of Comcast Xfinity, which is charging $60 for some unknown reason. But what if you — like so many — cut the cord, or don't want to give Xfinity more money?

Those with B/R Live can buy Double or Nothing as an iPPV (internet pay-per-view) in the States, where the service will price it at $50. Via B/R Live, you can watch Double or Nothing on the following devices: iPhone, iPad and Android; the Roku Express; Premiere, Stick and Ultra; Apple TV (4th Generation) and Amazon Fire TV (including Stick, Cube devices).

Watch Double or Nothing outside of the U.S.

Yes, Cody and the Bucks didn't forget about their international audience that provided the clout to start AEW. In terms of pricing on Fite TV, Double or Nothing will cost $49.99 Canadian dollars in Canada, 14.95 Pounds sterling in the UK, 17.95 euros in Ireland, and however much $19.99 translates to in the rest of the world (the price is converted to your local currency via the app's payment system).

In the U.K. and Ireland, Double or Nothing will also be available (at that same 14.95 Pounds sterling or 17.95 euros price) on ITV Box Office. In terms of recording and re-watching via ITV, Sky (Channel 493) will allow you to record if you purchase via your Sky Set Top Box remote. Purchases via itvboxoffice.com will now allow for recording, though ITV states "there will be repeats scheduled should you be unable to watch live."

On Virgin, you'll need to rely on scheduled repeats from the Live Events menu, or buy it after the fact through that menu. TVPlayer will not offer any recordings, and replays will be available for seven days following the event.

Watch Double or Nothing with a VPN

No matter where you go, you'll be able to watch Double or Nothing on the service of your choice. Thanks to the wonders of a VPN (Virtual Private Networks), your devices can appear to be on international soil when you're actually in the U.S. – ideal for international fans on holiday who are visiting over Memorial Day weekend.

We specialize in reviewing VPNs and have already narrowed down the best of the best. While there are a few to pick from, our favorite right now is ExpressVPN. This service offers a high-speed connection, top-encryption security, more thanr 3,000 servers across 160 countries, and apps for lots of platforms. This is especially attractive for AEW's Double or Nothing PPV as it currently offers a massive three months for free (as part of a 12-month plan). If you don't think it's worth it once the first AEW champ is crowned, there's a 30-day money-back guarantee, meaning you could get access for free.

TunnelBear is another great way to get access to Double or Nothing, and probably the best for beginners as the interface is super-minimal and simple to use. It's also available on a ton of platforms, including iOS, Android, Mac and Windows, so most of us will be able to access the program. On top of that, TunnelBear is a staff pick because it's super-private with a clear privacy policy.