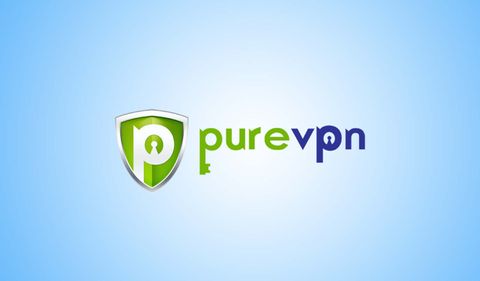 PureVPN has servers almost everywhere but is slow to connect and transfer data.

Of the VPN services we've reviewed, PureVPN has the largest choice of connection locations, but it doesn't always deliver the data. Despite having widely distributed servers and excellent software, PureVPN delivered far from top-rank performance, and a recently disclosed criminal case makes us wonder how willing PureVPN is to protect customer privacy. Overall, we prefer Private Internet Access.

PureVPN costs $10.95 a month, with steep discounts if you pay for six months or two years up front; the latter option totals about $70 and breaks down to $2.88 per month. You can pay with a credit card, PayPal, Bitcoin, various other online-payment systems and virtual currencies, or even gift cards from several major retailers.

However, even if you're paying with Bitcoin or a gift card, PureVPN asks for your real name when you sign up. Most other fully featured VPN services don't do this. There's no free trial period or allotment, although the company promises a seven-day money-back guarantee.

You can run up to five simultaneous sessions from different devices. There's theoretically no limit on bandwidth or data usage, but PureVPN's Terms and Conditions agreement asks that you be "reasonable."

PureVPN has client software for Windows PCs, Macs, iOS and Android devices, and browser extensions for Google Chrome and Mozilla Firefox. The PureVPN website provides instructions to manually set up the service without client software on Linux systems, BlackBerry devices and many kinds of home Wi-Fi routers.

You can also use OpenVPN software on platforms that support it. But to protect streaming set-top boxes, such as Roku, Android TV and Apple TV, you'll need to set up a router with PureVPN.

PureVPN has no built-in ad blocker in its client software yet, but its Chrome and Firefox extensions do the trick on desktops. PureVPN is working on an extension for Safari.

The desktop client software is simple and easy to navigate. It shows a half-screen window that lets you set connection cities as well as select from about 750 servers in about 140 countries, ranging from Afghanistan to Yemen. No other service we tested has servers in as many countries. The mobile apps have the same spacious, light design aesthetic.

In July 2017, PureVPN plans to introduce a premium service called 360, which promises to  include ad blocking, malware protection, parental controls and control of third-party applications. It will cost $8 per month on top of the existing VPN service. We'll have an update to this review once we get to try out those new features.

As noted, PureVPN asks for your real name when you're signing up, and the Terms and Conditions reiterates that. Few other full-featured VPN services demand your name. The company says it does not monitor user activity or keep logs, but recent events have caused us to doubt that claim.

PureVPN is based in Hong Kong, which is autonomous from China in theory.The company is owned by GZ Systems Limited, a firm that also makes sports-related Android apps, and is affiliated with a grocery-discount service in Pakistan, a website-hosting service in Malta and a service that reduces lag time in online gaming in Hong Kong. The PureVPN.com domain registration is hidden behind a proxy.

Like many other full-service VPNs, the PureVPN client software gives you the option of a "kill switch" that shuts off all internet activity if the connection to the VPN server is broken. Data-transmission encryption uses the AES-256 protocol.

In October 2017, the U.S. Department of Justice disclosed in a criminal complaint that PureVPN provided the FBI customer logs regarding a cyberstalking case in Boston. If this is true, then you should not expect PureVPN to keep your information private. We've reached out to PureVPN seeking comment and will update this review when we receive a reply.

Despite having some of the best VPN infrastructure, PureVPN's performance was at the back of the pack in three of our five testing categories. It had an average latency of 105.6 milliseconds (ms), roughly 10 times the non-VPN ping value of 10.3 ms.

The PureVPN network downloaded data at an average rate of 33.9 Mbps, representing a drop of 37 percent from the non-VPN baseline of 54 Mbps — the largest decline of any of the VPN services we tested. It took 21 minutes and 50 seconds to download a 428MB video file to an iPad, nearly five times as long as Private Internet Access required to download the same file.

On the upside, PureVPN uploaded data at 19.2 Mbps, down 29 percent from a non-VPN average of 27.1 Mbps. That wasn't terrible, but CyberGhost saw a decline of less than 1 percent. We connected to PureVPN's servers in an average of 7.8 milliseconds, fourth place among the nine services we tested.

PureVPN worked well in New York, holding a steady, clear connection. But when we tried out the service in London, the network was slower and required two reconnections.

The PureVPN desktop client took less than 2 minutes to install on a PC or Mac. We were up and running swiftly.

PureVPN is easy to set up and use, and it can be very inexpensive if you pay for two years at a time. But its performance was pretty bad in our testing, and we have concerns about the customer service, the real-name policy and the fact that it's essentially based in China.

Overall, we recommend Private Internet Access, which is cheap, fast and reliable, but based in the U.S. Readers worried about the U.S. government might want to consider CyberGhost, which is pricier but based in privacy-conscious Romania.