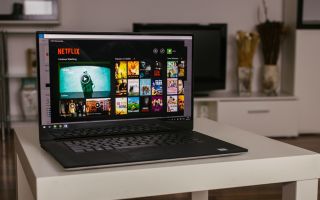 For the unacquainted, a VPN (standing for Virtual Private Network) will basically change the IP address of your phone, tablet, laptop or even your TV streaming device to the location you want. So even if you're abroad, you can make it seem to Netflix that you're sat back on your sofa at home.

While some shows may be regular Netflix fare in much of the world, the United States and Canada do miss out on some content. Indeed, things can even vary drastically between north and south of the border. Japanese Netflix has lots of anime you won't find elsewhere; Netflix in the United Kingdom still has some classic British shows that aren't part of the Netflix catalogue across the Atlantic.. And that's just the tip of the iceberg!

If you feel like you're missing out on all that great Netflix content that you can't get in your home country, you might want to try using the best Netflix VPN (it's ExpressVPN, by the way, just in case that's all you want to know) on your computer to make the service think you're somewhere else. Your regular Netflix account will still work, and you won't be charged extra.

However, with the large VPN choice out there, you may question - how do I go about picking a VPN? Well luckily for you, we have tested, reviewed and ranked over a hundred VPN providers to help narrow down the best Netflix VPN.

The best all-rounder for speed, unblocking and security – ideal for Netflix

SPECIAL OFFER: You can currently get a massive 49% off AND 3 months extra free if you sign up for a year of ExpressVPN. You can click here to take advantage of this great value offer.

Simply put, ExpressVPN is the finest overall VPN we've tested for watching Netflix. In fact it's the best overall VPN for most purposes thanks to its superb speeds, excellent 24/7 customer service support and wide compatibility across devices. That means you can enjoy Netflix on the likes of Mac, Windows, iOS, Android or even Linux and BlackBerry as well as many smart TVs. Currently Netflix is supported by ExpressVPN in the US, UK, Canada and many more besides and our ExpressVPN review will tell you even more besides.

Customer support is excellent and available 24 hours a day, meaning you can login and ask someone for help directly. For example, you may want to know which is your best server bet for Netflix at high speed, and get an answer right away.

One really useful feature is ExpressVPN’s MediaStreamer DNS, which unblocks Netflix on devices that don’t support VPNs – including the likes of Apple TV, consoles and a whole host of smart TVs. That means you don't have to rely just on your mobile or laptop - you can get international Netflix goodness on your TV, too.

There's a limit of up to five devices using the service at once, which is fewer than some competitors. Although even that is probably enough for most people's needs since some Netflix subscription plans limit the number of shared accounts used at one time anyway.

Get 49% off the best Netflix VPN
You know that ExpressVPN is the best Netflix VPN out there, so now we can tell you about the special offer you can take advantage of. Basically, there's 49% off if you go ahead and sign up for just one year (still with that benefit of a 30-day money back guarantee). And with that, Express will also throw in an extra 3 months absolutely free. A great offer on a fantastic service.

Security and speed made for Netflix

NordVPN is one of the very finest VPN solutions for security and speed thanks to its 2048-bit encryption, over 5,000 servers spread across more than 60 countries, strong DNS leak protection, two kill switches and excellent connection speeds. All that equates to a fast and secure Netflix connection – ideal if you want to watch content outside of your location without Netflix finding out.

Also you get SmartPlay which helps you get around geo-restrictions, making it ideal for Netflix abroad or for getting access to UK shows, for example, that US residents might otherwise miss out on.

Nord has improved its instant customer service in recent times, too, and with lots of payment options available there should be something for everyone here - as our NordVPN review will attest.

Tons of features, but a little more expensive than some

CyberGhost is a great way of using Netflix both in the UK, the US and further afield thanks to way over 5,000 servers in about 70 countries worldwide. You don't need to provide your real name, just a working email address, and you can pay in Bitcoin to remain nearly anonymous.

You can handily select from among VPN protocols and set up a home Wi-Fi router to use CyberGhost all the time. That means you can access Netflix on different devices without needing to setup the VPN on each one.

CyberGhost is transparent about its company structure, posting photos and bios on its website of everyone from the CEO to the cleaning lady, and privacy fanatics will like that the company is based in Romania rather than the US. But CyberGhost's full-service subscription price is among the most expensive month-on-month, making it better to pay for a year (or more) at a time.

Another great option for streaming Netflix

One of Windscribe's top features is a very generous free service that gives you up to 10GB per month making it a great way to try a VPN with your Netflix subscription. Of course if you want 4K regularly you'll probably use that data up and need to pay for the full version. This also lets you connect as many devices at once as you like which is ideal for multiple Netflix viewings across gadgets. Most other VPN services permit only five at a time. There's even a handy "Windflix" location setup made for the ultimate Netflix experience.

Windscribe's network performance was once about average in our tests, but a recent switch in VPN protocols put it on par with some of the market’s best in head-to-head tests. Our Windscribe review shows that it is compatible with many platforms – including routers and Amazon Fire and Kodi TV set-top boxes which are all Netflix capable. It was also one of the best at connecting to Netflix UK and also works with the US version.

You can pay for a Windscribe subscription with bitcoin, and you don't even have to provide an email address making it ideal for the security focused.

A fantastic VPN, IPVanish claims to be the world's greatest VPN, which of course makes it Netflix friendly. That means over 1,300+ servers across over 70 countries, 24/7 customer service and a whopping ten simultaneous connections available at any time. Yes, you can watch all the Netflix on all the devices all at once.

Netflix need not be limited to a certain device type either. You can use those ten IPVanish connections on lots of devices including Mac, Windows, Android and iOS. The desktop apps offer plenty of options while simplicity is there for everyone that just wants this for Netflix. This all works at high speed making it perfect for the 4K, UHD and HDR quality video that Netflix is famous for.

Generally everything worked well and that 24/7 live chat support wasn't needed during our testing, but it's nice to know it's there if you want to enquire about a faster Netflix server where you are.

Get up to 60% off on IPVanish's longer plans

Is it legal to use a VPN for Netflix?

There are a couple of important things to note here. First of all, using a VPN or other kind of proxy service to access Netflix in other countries may violate Netflix's terms of service.

If so, then Netflix would be within its rights to terminate your account. Using a VPN for this purpose may also be illegal in certain jurisdictions, and it's not something we can endorse or condone.

Second, Netflix tries to identify and block VPN and proxy servers, with mixed results. The company didn't always do this, but it's now under pressure from Hollywood studios and other content creators to block cross-border streaming. This may seem harsh, but if you can recall the devastating legal settlements that ordinary file-sharers had to pay record companies in the early 2000s, you might appreciate this approach. You'd probably rather be blocked than sued.

We reached out to Netflix for further clarification, and were directed to a company blog post from early 2016.

"We have a ways to go before we can offer people the same films and TV series everywhere," the post reads. "In the meantime, we will continue to respect and enforce content licensing by geographic location. ... We look forward to offering all of our content everywhere and to consumers being able to enjoy all of Netflix without using a proxy."