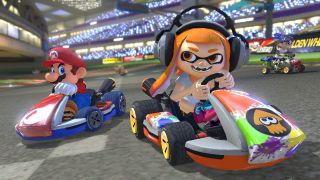 Memorial Day is here, but before you load up the grill with your favorite eats, there are some excellent sales you should be aware of at Walmart.

The retail giant is rolling back its prices on hundreds of items, and we're here to bring you the best of the best.

Alternatively, if you're shopping for Chromebooks or laptops, we've rounded up the retailer's best notebook deals on sister site LaptopMag.

The World Cup is just a few weeks away and if you want to super-size your screen — without making a big dent on your wallet — Walmart has some of the best budget 4K TV sales we've seen. Noteworthy deals include:

Not going anywhere this Memorial Day weekend? Park yourself in front of your TV and enjoy one of these popular must haves.

Give your home a digital upgrade with these smart home accessories.