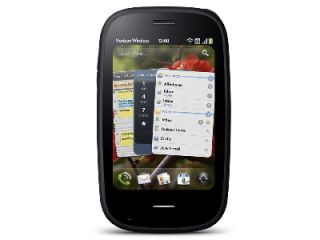 The fate of HP's webOS has been hanging in the balance ever since the company announced the discontinuation of the TouchPad tablet and Pre line of smartphones. Yesterday we were given renewed hope when HP started offering webOS developers cheap TouchPads in an apparent attempt to keep them sweet. However, if the latest scuttlebutt is to be believed HP is considering selling off webOS.

According to a report from Reuters, newly appointed HP CEO Meg Whitman is considering selling off webOS in an effort to recoup some of the money the company spent purchasing Palm. HP bought webOS developer Palm for $1.2 billion in April of last year. At the time, HP was excited to acquire the webOS platform and then-CEO Mark Hurd was quoted as saying webOS was the reason for the purchase. Now, it seems the company isn't so interested in the operating system and Bank of America Meryll Lynch is said to be advising the company on potential buyers.

Reuters cites several sources that say a number of tech companies have expressed interest in acquiring the OS, which is made more attractive by its patents. These sources say Amazon, RIM, IBM, Oracle and Intel are among the interested parties. If these sources are correct, the winning bidder could end up with quite a bargain, too. HP might have spent $1.2 billion to acquire the OS just one year ago, but in the year since then, webOS has not received any significant investment, so it's likely that if it were to sell, it won't be for a very high price. One source that spoke to Reuters is quoted as saying it 'won't be the most robust auction in the world'.

HP last month abandoned plans to sell or spin off its personal systems group, deciding instead to hold onto the division. The company has not yet made a decision regarding webOS.