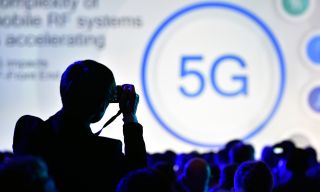 After years of hype about gigabit speeds that will let you download full-length movies in mere seconds, 5G became a reality in 2019. All four wireless carriers flipped the switch on 5G in the U.S last year., and you can now buy 5G phones that can take advantage of faster speeds on those networks. And yet, people still struggle to explain just what 5G is.

Part of the confusion stems from the fact that 5G hasn't yet realized its full potential. Here's where we are now at the start of 2020, and what we can expect from 5G once the new networking standard blankets more of the country with faster speeds and lower latency.

5G is the fifth generation of wireless communication standards.

First there was 2G, a set of standards governing wireless telephone calls. The mobile web did not yet exist. Then 3G arrived, making it possible to surf the internet on a smartphone. 4G delivered speeds that enabled video streaming and an entire economy of apps that need sustained, reliable connectivity.

In 2017, the 3rd Generation Partnership Project, the group that creates the rules for wireless connectivity, issued the non-stand-alone standard for 5G, which allows 5G to coexist alongside 4G. In June 2018, the 3GPP finalized the standard for stand-alone 5G. In the two years since, infrastructure developers like Ericsson and Nokia have worked with the four major wireless carriers in the U.S. to build out 5G networks and test them with devices equipped with 5G radios that comply with the new standard.

MORE: 5G Is coming, it's exciting, and I'm sitting it out for now

That means your existing smartphone won't catch a 5G signal (unless, of course, you bought one of the handful of 5G-ready phones that went on sale last year). The new standard requires a new device. That new device may hit download speeds of 1 Gbps (but only on a high-band 5G network) and theoretically hit a peak of 10 Gbps. That means you'll be able to download full-length movies in seconds, but it will also open up a world of possibilities we can't even imagine yet. We're already seeing 5G phones capable of gigabit speeds in our real-world testing, but it varies by carrier and by city.

5G technology: How does 5G work?

The backbone of the 5G standard is comprised of low-, mid- and high-band spectrum. 5G networks operate on different frequencies with sub-6 GHz and millimeter-wave (20-60 GHz) at the low and high ends of the spectrum.

Carriers were already using sub-6 spectrum for existing LTE networks, and now they need more of it to build out 5G. Millimeter-wave frequency was previously unused, and the advent of 5G has given carriers access to the spectrum that will enable the faster speeds we expect with the new standard.

But mmWave has a few drawbacks: Because it's so high-frequency, the waves don't travel long distances. In fact, they can't even travel through windows or buildings. That means a device operating on an mmWave-based network, like Verizon, T-Mobile and AT&T's 5G networks, will need to be extremely close to a 5G node to catch a signal.

That's fine in a dense metropolitan area, where you can stick a 5G node every few hundred feet. But in rural areas where there are few buildings or cell towers, mmWave won't work.

That's why both sub-6 and mmWave are necessary to make 5G widespread and high speed. Indeed, at Qualcomm's annual developer get-together this month, Qualcomm president Christian Amon said that real 5G will be a combination of the low, mid, and high-band frequencies.

To that end, Sprint is using its existing midband (2.5 GHz) spectrum to build out its 5G network. At 2.5 GHz, a signal can travel farther but not as fast as with mmWave. We've seen that play out in our testing of Sprint’s network, which doesn't deliver the 1 Gbps speeds that mmWave-based networks from its rivals do, but does allow you to catch a signal more reliably.

T-Mobile launched its 5G network using mmWave in a half-dozen cities, but now features a nationwide 5G service using low-bad spectrum that can reach 5,000 cities in addition to some rural areas.

Rollout: When can I expect 5G?

5G is already here, but unless the stars of your location, the wireless carrier you subscribe to and the smartphone you own are perfectly aligned, you probably can't use it yet.

AT&T, Verizon, T-Mobile and Sprint have all launched their 5G networks, but there are caveats. First, there are only a handful of 5G-compatible smartphones on the market. (More on those in a moment.)  And with the exception of T-Mobile's newly launched nationwide service, the carriers have launched service only in some parts of certain cities, with little overlap. Even AT&T's newly launched low-band network is available in a limited number of areas at the moment.

What's more, it's evident many smartphone users aren't sure what 5G is. In fact, one in three Americans think they already have 5G, according to a recent study. The results showed that 47% of AT&T subscribers who own iPhones think their device is 5G-capable.

Don't confuse AT&T's 5G plans with the 5GE logo that appears on AT&T customers' phones. That logo translates to "5G Evolution," AT&T's expanded service with advanced LTE technologies, such as 4X4 MIMO, which doesn't hit the speeds we expect from 5G (or even match Verizon's current 4G service, in our testing).

AT&T is sticking by its decision: "We've been talking about 5G Evolution for a while now. We were pretty public about what we were doing and what we were deploying," Igal Elbaz, senior vice president for wireless technology at AT&T, told us at CES 2019.

There are currently half-a-dozen 5G-capable smartphones on the market: Samsung's Galaxy S10 5G, Note 10 Plus 5G, the OnePlus 7 Pro 5G and OnePlus 7T Pro 5G McLaren, LG's V50 ThinQ 5G and the Moto Z3 or Moto Z4 with 5G Moto Mod. (The Moto phones require a pricey accessory; it can't connect to 5G on its own.)

Only early adopters should consider buying these handsets at the moment, for a few reasons.

The $1,299 Galaxy S10 5G is available on Verizon, Sprint and T-Mobile. AT&T is also carrying the phone, but only for business customers and developers. The $1,152 V50 ThinQ launched on Sprint initially before coming to T-Mobile.

The Moto Z3 and Z4 are a tough sell because the phones require snapping on a bulky accessory.

Huawei and ZTE also have 5G phones, but those are only available in other countries.

The number of 5G phones is expected to increase this year, thanks in large part to the Snapdragon 865, a newly unveiled mobile processing platform designed to work with 5G modems. But just as important is Qualcomm's Snapdragon 765 chipset, which features integrated 5G. Qualcomm's 700 series of processor is aimed at less expensive phones than the flagships that will feature the Snapdragon 865, so industry observers think that a wider variety of 5G-capable handsets will be available in 2020.

"First and foremost in 2020, it's about getting [5G] in smartphones," said Ryan Sullivan, Sprint's vice president of product engineering.

People equate the G's — 2G, 3G, 4G and now 5G — with smartphones, because that’s always been the place where we've been able to see an indicator of what kind of connectivity we're getting. But that's only part of what 5G is — the faster speeds will mean so much more than just higher-quality streaming and lightning quick downloads.

"5G will be the post-smartphone era," Robert J. Topol, Intel's general manager for 5G business and technology, said during an interview at last year’s Mobile World Congress. "Phones are the first place to launch because [they're] such an anchor in our lives from a connectivity standpoint."

That’s about to change.

Lower latency will make augmented reality and virtual reality more useful — and eliminate nausea — because there won't be any lag. AR glasses and VR headsets haven't yet cracked the mainstream, but tech companies are betting that these devices will eventually replace our smartphones. With 5G, that could actually happen.

"Connected PCs, connected IoT products, connected AR/VR, connected gaming consoles, things like that — we see all of those on the horizon," Sprint's Sullivan said. "They may not all be a 2020 thing, but you start to see some of those new use cases and new product categories emerge."

5G could transform schools by enabling virtual- and augmented-reality experiences that will bring concepts out of textbooks and into real life for kids in classrooms. Faster connectivity and no latency could also revolutionize hospitals, enabling holograph-assisted surgeries. On the roads, 5G could make self-driving cars safer, because communication between vehicles and infrastructure will become instantaneous.

"It's not just speed and latency, it's so many other things," Verizon chief product development officer Nicki Palmer said during the December 2019 Qualcomm tech summit on 5G. "This transition from 4G to 5G is even bigger and frankly much more revolutionary."

This isn't going to happen overnight, but expect major shifts thanks to 5G in the next five years. Qualcomm's Anon predicts that there will be 200 million 5G subscribers by the end of 2020, and that there will be 2.8 billion 5G connections by 2025. (That's not just phones, but rather connected devices, too. Still, it illustrates just how rapid companies expect the 5G transition to be.)

What will happen to 4G?

Unlike past generations of connectivity, 4G and 5G will coexist. When your device drops a 5G signal, it will fall back on LTE. The hand-off should be imperceptible.

This will be especially useful in areas of the country where 5G networks will take longer to get off the ground.

And the improvements carriers are making to their networks to prepare for a nationwide 5G rollout will make 4G better, too. When I tested AT&T's 5G Plus network in Las Vegas last year, I hit 900 Mbps over 5G. LTE can't compare, but I clocked over 200 Mbps on an iPhone running on AT&T's 5G E (advanced LTE) network. That's exponentially better than AT&T's existing LTE network, which averaged download speeds of 32.91 Mbps earlier this year.

The dangers of 5G

There is no evidence to suggest that 5G is dangerous to your health, and yet people are still concerned. Why?

For years, the belief that radio waves can cause brain cancer in humans has spread, seemingly affirmed by a 2000 scientific study of high-frequency waves and their effect on human cell tissue. A recent New York Times report examined that study and found it to be based on a misunderstanding of the human body — specifically, the skin’s ability to shield the brain from radio waves.

Our colleagues at Live Science have also looked into the dangers — or lack thereof — that 5G can pose, and found that while there is no reason to be alarmed about the rollout, more studies will (and should) be conducted as 5G becomes more widespread to determine its impact.

5G is here, but so far, it's a little underwhelming. But that should change as more cities come online and more 5G devices become available.

Overall, 2019 had been the year that 5G starts to take off, but 2020 is when next-generation networks will have a meaningful impact on the masses. "2020 will be the year of scale of 5G," Qualcomm's Amon promises.

By year's end, we'll not only see the first 5G iPhone, we also expect most wireless networks to offer nationwide coverage. That's when we'll begin to see the full potential of 5G.