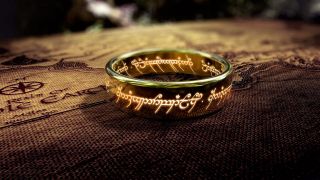 Are you ready to go back to Middle-earth? Amazon’s Lord of the Rings series is probably one of the most highly-anticipated shows in the production pipeline, even though it doesn’t have an official premiere date — or year — just yet. In fact, the show has already received an early Season 2 renewal, and according to Deadline, it’s already in the works. That certainly seems promising for any Tolkien fans who are anxiously awaiting the project!

While the phrase “Lord of the Rings TV show” might evoke certain images of Hobbits like Frodo Baggins or Andy Serkis’ creepy portrayal of Gollum, the actual series might be very different from the beloved movie trilogy. Here’s everything we know about the Lord of the Rings TV show ordered by Amazon, including its release date, cast, synopsis and so much more.

Lord of the Rings Amazon series release date: when is it coming out?

This is the million-dollar question. There doesn’t seem to be an official release date for the series just yet … or at least, not one that has been publicly announced.

However, one of the requirements of the $250 million rights deal Amazon made to acquire global television rights to The Lord of the Rings was that the company had to begin production on the show within two years of the deal being made, according to IndieWire. Amazon issued a press release in November 2017 confirming the acquisition, Digital Trends reported, so production of the series needed to begin already to fall within those parameters.

The good news is pre-production started in September 2019, according to The Hollywood Reporter, and it’s possible that counts. The outlet noted that production should begin within months, and Amazon Studios head Jennifer Salke told the site previously that the "hope" is for Lord of the Rings to be on the air in 2021.

At TCA20, Salke revealed that table reads have begun for the LoTR show.

Lord of the Rings Amazon series cast: who’s in the show?

Little by little, we learn more about who’s going to appear in the Lord of the Rings series. Joseph Mawle — likely most well known for playing Benjen Stark on HBO’s Game of Thrones — will be in the show in a main role, Variety confirmed in October.

Previously announced cast members include Will Poulter and Markella Kavenagh, and only Maxim Baldry is listed in addition to those two and Mawle on the show’s IMDB cast page. In other words — stay tuned.

Lord of the Rings Amazon series location: where is it filming?

Amazon Studios confirmed filming for the Lord of the Rings series at three locations near Auckland — in New Zealand, where the feature films were shot as well.

"As we searched for the location in which we could bring to life the primordial beauty of the Second Age of Middle-earth, we knew we needed to find somewhere majestic, with pristine coasts, forests, and mountains, that also is a home to world-class sets, studios, and highly skilled and experienced craftspeople and other staff," showrunners and executive producers J.D. Payne and Patrick McKay said in a statement on September 17.

"We’re happy that we are now able to officially confirm New Zealand as our home for our series based on stories from J.R.R. Tolkien’s The Lord of the Rings."

Lord of the Rings Amazon series synopsis: what should fans expect?

The series will still take place in Middle-earth, but the television adaptation will actually be a prequel occurring before the events of the films. Tolkien estate and HarperCollins representative Matt Galsor said the show will "bring to the screen previously unexplored stories based on J.R.R. Tolkien's original writings,” Ars Technica reported.

The show will be set during the Second Age of Middle-earth, according to IndieWire. Lord of the Rings super fans may know it as the time period when Sauron created the One Ring to rule all the other Rings of Power. Sound familiar? That bit of bling was kind of a big deal in the movies and original source material.

Keep in mind, the deal Amazon made to get the rights to Lord of the Rings included options for spin-off series as well. So not only could the main series go in all sorts of different directions, but there’s a chance the world Tolkien created could be expanded even more on the small screen in the future.

Lord of the Rings Amazon series team: who’s behind the camera on the series?

Producing partner Belén Atienza will join Bayona, and other creatives behind the camera include executive producers Lindsey Weber (10 Cloverfield Lane), Bruce Richmond (Game of Thrones), Gene Kelly (Boardwalk Empire) and Sharon Tal Yguado. Writers such as Gennifer Hutchison (Breaking Bad) and Jason Cahill (The Sopranos) are also on board, along with countless other team members.

The Lord of the Rings book series is one of the most loved in all of fiction, and the television series based on it is already slated to be one of the most expensive TV shows ever produced. In other words: no pressure, cast and crew, but there’s kind of a lot riding on this project! We’ll definitely be checking back for more news on the series.