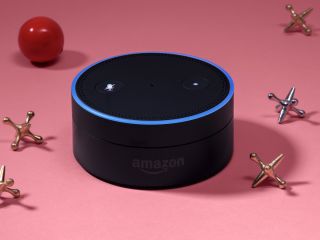 The Echo Dot is one of the easiest — and cheapest — ways to bring Amazon's digital assistant into your home. It works best when paired with external speaker, but otherwise is capable of performing all of the same Alexa tasks as its pricier Echo counterpart. (We expect the Echo to go on sale come Prime Day proper, in case you're holding our for a deal on that device).

That said, the Echo Dot isn't the only Alexa device to get a steep discount ahead of Prime Day. Last week Amazon kicked off its Prime Day lead up by taking $100 off its Echo Show. The Prime member only deal is an all-time low for the Echo Show, which normally sells for $229.99. It gives Alexa a 7-inch touchscreen which can be used to make video calls or watch video clips from apps like Food Network or CNN.

Make sure you stay tuned to our early Prime Day deals coverage to stay on top of the latest sales from Amazon and its rivals.