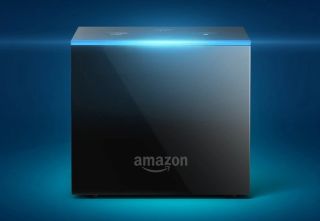 If you have an old streaming device you've been looking to unload, Amazon has a tempting offer you shouldn't miss.

For a limited time, the online retailer will pay you up to $2.99 (via an Amazon gift card) for your old Roku, Apple, or Google streamer. That by itself may not sound like a good deal, but here's where it gets interesting. If you decide to buy a 4K Fire TV or Amazon's new Fire TV Cube, Amazon will give you an extra $35 bonus credit in addition to the $2.99 Amazon gift card.

With the bonus and $2.99 gift card, you can get a 4K Fire TV for $32 — the lowest price ever for this streamer. (The few times it's been on sale, the 4K Fire TV sold for $45). Or for an even better deal, you can get the Editors' Choice Fire TV Cube for just $82. That's the best price we've seen for Amazon's uber streamer and it's actually better than the $30 discount Amazon offered on the day it announced its Fire TV Cube.

If you're turned off by the $2.99 trade-in value for your old streamer, keep this in mind: Most trade-in sites like Gazelle, NextWorth, and Swappa don't even accept streaming devices.

Best Buy Trade-In will give you $40 for a current-gen Apple TV 4K (which beats Amazon's combined $37.99 offer), but otherwise, Best Buy won't buy back any used streaming devices from other brands. That makes Amazon's combined trade-in and bonus offer the best deal around (excluding selling on eBay, which could yield more money, but also requires more work).