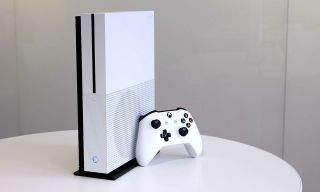 Microsoft's new Xbox console won't see the light of day for a long while, however, there are plenty of current-gen Xbox One deals to go around. Amazon, Best Buy, and Walmart are kicking off 2020 with New Year deals on Microsoft's Xbox One consoles, games, and accessories. And now that the wraps are off the forthcoming Xbox system, we expect to see even bigger Xbox One deals this month.

For more deals like this, be sure to check out our best gaming deals coverage.

Best Xbox One deal of the week

Get Microsoft's premium console on the cheap

Nearly six years since its release, the Xbox One X is still one of the best game consoles you can buy. The always-evolving Xbox One X packs stunning graphics and a stellar game library.

In our review, we liked its native 4K gaming and HDR support for games and videos. Its ability to play UHD Blu-ray discs is also a nice perk. Though we wish its exclusive game catalog would be larger, we rated it 4 out of 5 stars for its overall immersive gaming experience.

Pick up a second Xbox console on sale

The Xbox One S is slimmer than the Xbox One X and comes in 500GB, 1TB, and 2TB storage capacities. It plays 4K movies and supports high-dynamic-range (HDR) for even prettier-looking gaming. In our Xbox One S review, we liked its HDR support for both videos and games and a redesigned controller.

If you're looking for Xbox One gaming deals, Amazon, Best Buy, and Walmart are your best bets.

Mortal Kombat 11 for Xbox One: was $59 now $23.66 @ Amazon
MK11 is the biggest, bloodiest, and best Mortal Kombat yet. This latest installment of the series features an overhauled fighting engine and an immersive story mode. It's now $36 off via an on-page clickable coupon. The PS4 version is on sale too for $28. View Deal

NBA 2K20: was $59 now $35 @ Amazon
NBA 2K20 is the ultimate basketball simulation game. This year's enhanced MyCareer mode packs a star-studded cast including Idris Elba, Rosario Dawson. And for the first time, all 12 WNBA teams and over 140 players are in the game and ready to run in Play Now and Season modes. View Deal

Gears 5: was $59.99 now $36 @ Amazon
If you want to add a new big, beautiful, and bold game to your library, Gears 5 is your best bet. Amazon currently has Coalition’s new third-person shooter on sale for $23 off. View Deal

WWE 2K20 for Xbox One: was $59.99 now $29.99 @ Amazon
Get pumped for the Royal Rumble with WWE 2K20. Its roster is packed with WWE Superstars, Legends, Hall of Famers, and NXT’s best. Step inside the ring with your favorite sports entertainers now for 50% off.View Deal

Xbox Game Pass Ultimate: was $15 now $1 @ Microsoft
For one low monthly fee, you get Xbox Live Gold and over 100 high-quality games. For a limited time, discover new favorite games for just $1 a month for 3 months.
View Deal

Samsung T5 Portable SSD 1TB: was $249 now $168.94 @ Amazon
With 1TB of storage, ultra-fast write speeds of up to 540 MB/s and a compact design that fits in your pocket, the Samsung T5 is an essential PC accessory when you're always on the move.View Deal

WD Elements 8TB: was $179.99 now $129.99 @ Amazon
From high-res photos to 4K video files to massive game downloads, you'll benefit from the extra wiggle room the WD Elements drive has to offer. Grab one now for $50 off its regular price.
View Deal