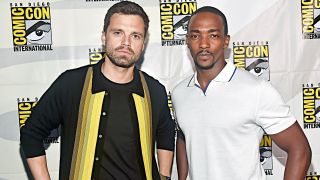 As rumored for months, and confirmed earlier this year, The Falcon and The Winter Soldier are coming to your TV set in a new show on Disney Plus. But since we've got a while to wait, we've already started thumbing through the internet to see what we can find out about this new show.

The big news about this show is that it's ostensibly the next Captain America film, as it will show us the next steps of the person taking over Steve's shield. Marvel's keen on making its Disney Plus shows matter much more than its ABC and Netflix titles did, so expect this show to segue into a Phase 4 or 5 film.

The Falcon and The Winter Soldier release date: when is it coming out?

At San Diego Comic-Con 2019, Marvel exec Kevin Feige laid the entire Phase 4 lineup on the table, including release dates. The Falcon and The Winter Soldier, he noted, is scheduled for the fall of 2020.

Disney's offered discounts on three-year-contracts to convince some to sign up early. This makes sense for fans who want to watch classic Disney movies and shows when the service launches on Nov. 12, but also are waiting for the Marvel shows, which debut later. While those plans aren't for sale right now, check out our Disney Plus deals guide to learn of other ways to save.

Shooting has begun on The Falcon and The Winter Solider, and the proof came from Bucky himself. At a talk on the Fandemic Tour on Oct. 20, Sebastian Stan revealed that the show started filming "tomorrow" — aka today, (Oct. 21). Before you hit play on that video, gird your ear-drums, as the news prompts some high-pitched shouts from the assembled audience.

The Falcon and The Winter Soldier cast: who's in it?

As the name of series implies, Anthony Mackie and Sebastian Stan will reprise their roles of The Falcon and The Winter Soldier, respectively. Also returning is Daniel Brühl, as Zemo, who we last saw in Captain America: Civil War as the villain that drove a proverbial wedge between our heroes.

The other revealed cast member for the show is Emily VanCamp, who is reprising her MCU role as Sharon Carter, the great-niece of Peggy Carter. Disney re-confirmed this news at the 2019 D23 Expo, where it also announced the casting of Wyatt Russell (Black Mirror) to play John Walker aka US Agent.

What have we seen or learned about The Falcon and The Winter Soldier's plot?

As you'll recall from the closing scenes of Avengers: Endgame, Captain America himself, Steve Rogers, handed his iconic shield to The Falcon aka Sam Wilson. Based on that, we're guessing this new show might give us glimpses of Wilson dealing with the heavy responsibility of being the new Captain America.

Aside from that, we have one other clue as to the story of the series:

Yes, Daniel Brühl's already given us a tease of what Zemo will look like in this new series. Based on these creepy looks, with and without his face obscured, we're guessing that he will be one of the villains facing Sam and Bucky, if not the primary baddie.

As to what Bruhl's caption means? Those are the words Zemo used to activate The Winter Soldier's Hydra brainwashing and temporarily turn him back into a bad guy in Civil War, so it's possible that the villain is out to wreak havoc on Bucky once more.

Deadline reports that the series will run 6 episodes.