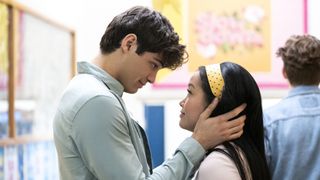 To All the Boys: P.S. I Still Love You (Image credit: Netflix)

Netflix's February 2020 lineup is a love-letter to rom com addicts, horror enthusiasts and comic book adaptations. At our office, the most highly-anticipated film is To All the Boys: P.S. I Still Love You, a sequel to the popular Netflix original film.

Plus, we're also getting Locke & Key, an adaptation of IDW Comics' best-selling title. It's helmed by Carlton Cuse (LOST), and focuses on the three siblings and their mother, who move into a magical house that might be tied to their father's death. This could become the viral series that Netflix needs to compete with Disney Plus.

We're getting another season of Narcos: Mexico, as well as Horse Girl, a thriller series starring Alison Brie (Glow). Personally, I'm most excited that the icky horror movie Girl on the Third Floor, which I saw at SXSW 2019, is coming to the service.

Here's the whole roster of what's coming to Netflix (and also leaving the service) in February.

Note: We’ve bolded the shows and movies that we’re most excited to stream. Plus, we're also including the movies and shows Netflix has still yet to debut and remove this month, and bolding those titles we're trying to remember to watch before they leave.

MORE: How to Get Netflix for Free

- Watch from abroad with the best Netflix VPN