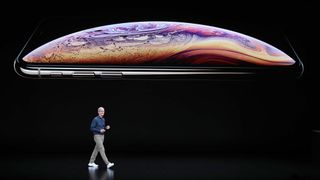 But there's a big difference between reading up on iPhone 11 rumors on your lunch break and plunking down from $750 to $1,100 — or more — for a new handset.

In fact, there are some warning signs that the iPhone 11 could be Apple's toughest sell in years. Maybe ever.

"We are currently predicting a year-over-year decline of iPhone sales in 2019," said Annette Zimmermann, vice president and analyst at Gartner. "Apple had a tough 1Q19 and while 2Q19 looks to be a bit better, it will be very difficult if not impossible to make up for that in 2H19."

This prediction is partially based on the Gartner analyst predicting that "we will see another slight price increase compared to last year’s flagship products." This is certainly possible for the two rumored iPhone 11 Pro models, which Apple may establish as a separate tier from the standard iPhone.

Here's why Apple faces a steep uphill battle getting people to buy the new iPhones — and what it can do to change its fortunes.

In the most recent quarter, iPhone sales fell 12% from the previous year, causing Apple to miss Wall Street estimates. And something happened that hasn't happened in the last seven years: the iPhone accounted for less than half of Apple's quarterly revenue.

Now, this isn't entirely negative news, as Apple looks to transform itself into a services-oriented company. Apple is placing big bets on things like Apple TV+, Apple Card, Apple Arcade and other initiatives that bring in recurring revenue instead of the one-time shot that is a phone purchase. Meanwhile, accessories like the AirPods 2 and Apple Watch continue to soar in sales.

"Let's be very clear on this, Apple is in really great shape"” said Avi Greengart, lead analyst for Techsponential. "Some of Apple's accessories would be Fortune 500 businesses all on their own."

But make no mistake, Apple very much wants (and needs) the new iPhone to be a hit, as it is still the linchpin of the company’s ecosystem.

Apple's invite includes a promise that says "By Innovation Only." But analysts are using another "I" word that should make Tim Cook cringe: iteration.

"I think that the cycle is fairly well known and understood by consumers that it's iterative," said Ben Bajarin, an analyst with Creative Strategies. "We are at the point where they don't need to be blown out the water."

For instance, only the iPhone 11 Pro phones are expected to feature triple rear cameras, one of which will likely be an ultrawide-angle lens. Apple will reportedly use AI to add subjects back into the frame who may have been cut off. The company is also rumored to debut live video effects that put other phones to shame, including the ability to remove backgrounds.

In addition, the iPhone 11 Pro could offer Apple Pencil support, similar to the iPad Pro. This would put the new high-end iPhones in more direct competition with the Galaxy Note 10 and Galaxy Note 10 Plus and their S Pen. But not everyone is buying that Apple will go this route.

"I just don't think that they're sold that a lot of people want [an Apple Pencil] on the smart phone form factor," Bajarin said. "I think ideally they would prefer you to get an iPad."

Regardless of the gee-whiz features the iPhone 11 may boast, they may not be enough to defeat the supervillain that is dragging down the entire phone industry — good-enough syndrome. People are simply holding onto their phones longer.

According to Gartner, the amount of time varies a little by geography but in general the firm expects the average high-end phone lifetime to increase from 2.6 years to 2.8 years through 2023.

Another recent survey by mobile carrier Ting proclaimed the two-year mobile-phone- upgrade cycle dead, saying that 55% of people are keeping their phones for three years or more.

"Smartphones are mature. As long as they are not broken, then there's less of a compulsion to upgrade early," Greengart said. "We are at the stage where most of the improvements are incremental."

Sweetening trade-in deals, but will Pro be too pricey?

Now that wireless carriers have pretty much ended subsidies for phones, the industry is turning to trade-in deals to help ease the sting of buying a premium smartphone. For example, if the $999 iPhone XS was available for $729 with a trade-in from Apple, that's the difference between paying $30.99 per month and $42 per month for your phone.

Gartner's Zimmermann says that Apple should continue to do more to spur upgrades, including expanding its trade-in program.

Assuming Apple keeps the regular iPhone 11 at the iPhone XR's $749 price, it could take a risk with the iPhone 11 Pro models by raising prices above the already-high $999 and $1,099 it charged last year for the iPhone XS and iPhone XS Max. But it will really have to justify the premium to make such a move when the smartphone market is expected to decline 2.5% in 2019.

"As long as Apple keeps the replacement for the XR compelling, it then opens up room for price differentiation where it can add a lot to the super-high-end one and not worry that it's pricing too high for the mainstream user because it's not aimed at the mainstream user," Greengart said.

Apple faces a number of obstacles with the iPhone 11 launch. The company will need to fight the perception that its new handsets are iterative and that it can still innovate and surprise customers. And the company also needs to combat the sobering reality that iPhone owners — and all smartphone owners — are holding onto their phones longer.

Then there's the fact that Apple is reportedly skipping 5G this year and that the technology will not be showing up in iPhones until 2020. This move makes sense given that the 5G networks will not be widespread until next year.  "We expect the 5G iPhone in 2020 to induce more upgrades." But people looking for a 5G device as their next phone could be tempted to sit out this upgrade cycle.

Ultimately, Apple continues to have one advantage over the competition that the company would be wise to leverage — its ecosystem. And that includes not only its new services but also its accessories. For example, perhaps Apple can show that its Apple TV+ service will work best with the displays on the new iPhone 11 or iPhone 11 Pro. Or that Apple Arcade games will play best with the A11's A13 processor. Or that an optional Apple Pencil helps unlock features on the iPhone 11 Pro.

But because iOS 13 will roll out to most modern iPhones, and because all of Apple's new services will work with existing iPhones, and because the company is doing battery replacements and opening up iPhone repairs to third-party shops, it's getting harder and harder to persuade people to upgrade rather than hold on to their aging iPhones. In other words, iPhones have perhaps become too good for Apple's own good.