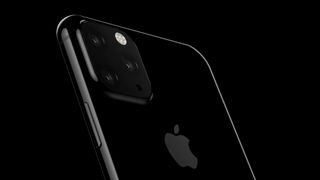 If you believe the avalanche of iPhone 11 rumors, Apple’s new phones will be faster, offer reverse charging like the latest Galaxy Note 10 and at least a couple of the models should sport shatter-resistance designs when they make their debut at a Sept. 10 press event. But none of these small upgrades will matter unless Tim Cook & Company vastly improve upon the one thing that matters most in today’s smartphone war: the camera.

And the iPhone 11’s camera can’t just be better than before. It literally needs to wow.

Will Apple see the light with iPhone 11?

Presumably, imaging quality will improve across the board on the three expected new iPhone 11 models, and Apple will reportedly offer better low-light performance with its new cameras. This is critical given the strides that Google has made with the Pixel 3 and Pixel 3a, Samsung with the Galaxy S10 and Note 10 line and Huawei with is P30 Pro.

In comparison to those phones, Apple’s phones struggle in low light, and better optics combined with smarter software can help the iPhone 11 catch up. But expected improvements like this won’t get consumers excited enough to upgrade, not when a recent study from Ting Mobile shows that smartphone owners are hanging onto their devices for 3 to 5 years.

‘That's the real question: will this new iPhone get you to jump and buy now rather than waiting a year, or will you hang onto your iPhone longer?” said Avi Greengart, lead analyst with Techsponential.

To generate buzz, Apple will reportedly offer three rear cameras on what’s being called the iPhone 11 Pro and iPhone 11 Pro Max, which should replace the iPhone XS and iPhone XS Max. Bloomberg points to Apple adding an ultra-wide-angle lens, which has been done before, but the iPhone 11 Pro would go further than the competition by taking a photo using all three of its lenses at once. Even better, AI would automatically correct the photo if, say, someone were cut off.

“I think Apple needs to do something there that captures attention,” said Ben Bajarin, an analyst with Creative Strategies. “It doesn't have to be blow-your-socks-off innovative, but obviously they want to do something the consumers pay attention to and can get excited about.”

MORE: iPhone 11: all the latest news and rumors

Another rumor points to Apple making major strides in video with the iPhone 11, thanks to its October 2018 purchase of Spektral. That acquisition gave Apple access to technology that will reportedly enable iPhone 11 users to automatically remove and possibly replace the backgrounds in videos in real time. Spektral says it could analyze video at 60 frames per second using machine learning and computer vision.

This is where Apple’s rumored new A13 processor could be instrumental. It won’t be enough for Apple to say it has the world’s fastest phone — again. It will need to show what users can do with that extra processing oomph.

“It’s going to be visual based. They need to show rubber meets the road with something that's computationally intense, that has to do with vision, video, visual compute,” said Bajarin.

Pushing the video envelope (and making the iPhone 11 viral)

Whatever Apple does with its cameras, it will be critical that the company doesn’t introduce too steep a learning curve for users. One could argue, for example, that it wasn’t intuitive to access Animoji when those first debuted on the iPhone X. And although the Galaxy Note 10 has a ton of camera modes, including fun new Live Focus effects for video, it can result in lots of swiping to find the right mode when you’re shooting.

“It’s not only about how Apple implements the software around these new capabilities, but how easy it is to use,” said Greengart. “There are all sorts of capabilities on some of these phones that regular people just don't use. And Apple has a long track record of making extremely complicated things accessible.”

To be clear, Google is already way ahead of everyone else when it comes to computational photography. That’s why it can do things like Night Sight with the Pixel 3 and fool you into believing its cameras have optical zoom when they do not. The iPhone 11 needs to leapfrog this effort, especially since you know that Google will try to reestablish itself as the camera phone king when the Pixel 4 debuts in October.

Whatever Apple does with the iPhone 11 and photography, it will very much help if whatever new features introduced have a viral quality that encourages people to share their images. And Apple needs to go beyond still photos to appeal to a younger audience.

“Hopefully, Apple does something that we haven't thought about, or some sort of feature that gets us really excited about computational photography, and brings that into video,” said Bajarin. “It's great for the influencer community because they'll post on Instagram.”

Ultimately, there’s one thing Apple needs to prove with the iPhone 11: That its camera is so good and so unique that potential upgraders feel like they’re missing out if they don’t jump on the bandwagon.

But even if the rumors prove true the iPhone 11 and iPhone 11 Pro will be behind in some areas, such as high-powered 5x optical zoom. We’ll see on Sept. 10 just how Apple’s re-invention of the camera is coming into focus.