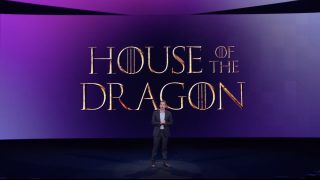 We thought we knew the Game of Thrones prequel, but it turns out HBO had other plans. After "Bloodmoon," a Naomi Watts-led series was not picked up, we learned at the HBO Max media event that the streaming service will be picking up a series focused on House Targaryen's history.

Ever since the Game of Thrones TV adaptation ended earlier this summer, we've pondered potential spin-offs that we’d like to see. Although the finale left many disappointed, our wonderment with the Westeros canon remains. Luckily, rumors surrounding upcoming projects suggest we may get a GoT prequel called Bloodmoon as early as next year — just enough time for those White Walker nightmares to subside.

Now, without further ado, here’s everything there is to know about GoT’s first spinoff.

What is after Game of Thrones?

Chronologically, we don’t know what happens to Westeros under King Bran’s watch. But in terms of content, we can trust spinoffs to keep the franchise alive. George R.R. Martin, the author of A Song of Ice and Fire (a.k.a. the book on which Game of Thrones is based), confirmed there are five different GoT successors in development.

In 2020, a prequel set 5000 years before the events of Game of Thrones will air on HBO. Created by Martin and Jane Goldman, the spin-off supposedly takes place in the Age of Heroes. This era saw the formation of the great Houses of Westeros, who were tasked with protecting the realm from the first White Walker invasion.

What is the Game of Thrones prequel about?

As its title suggests, House of The Dragon is focusing on the history of House Targaryen, the family that game us Daenerys Targaryen. According to The Hollywood Reporter, the series "is set 300 years before the events of the flagship series that tracks the beginnings and the end of House Targaryen."

What is the Game of Thrones prequel release date?

While HBO Max launches in May 2020, the specific release date for House of The Dragon is to be announced.

Where the show launches first, however, was not detailed. In the US, HBO Go (which requires a HBO subscription) will probably be the go-to service for streaming the Game of Thrones prequel. Whether or not you'll need HBO Max is to be determined.

If you’re outside the US, you’ll need to seek out alternative streaming services. Fans in the UK watched GoT on Sky Atlantic/NowTV while Austrailian fans kept up with the hit show on Foxtel Now, so the new series will likely be available on those platforms when it releases.

Game of Thrones prequel cast and crew: Who's in it?

While the original Bloodmoon cast included names like Miranda Richardson (Rita Skeeter from the Harry Potter films), Naomi Watts (21 Grams) and Jamie Campbell Bower (Sweeney Todd: The Demon Barber of Fleet Street) - that cast is out, and we don't know who will replace them.

House Targaryen is created by Game of Thrones author George R.R. Martin and Ryan Condal, who will be writing the show.

Miguel Sapochnik won an Emmy for his work producing the episode "The Battle of the Bastards," and has signed on to direct the pilot episode, and further episodes down the line.

Wait, what about Jon Snow?

Sorry, the spinoff probably won’t feature any characters from the original show. We know, we’re bummed, too.

If you needed reasons to keep your HBO subscription after Game of Thrones ended, let this prequel be your justification. We’ll update this page as more information about the spinoff becomes available.