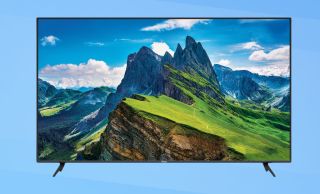 TV sets that feature 4K resolution, HDR color, smart operating systems and large screens can easily cost more than $1,000. But today at Walmart, you can pick up a 65-inch Vizio D-Series D65x-G4 model for just $450.

The Vizio D64x-G4 has just about everything you need in a smart TV, but at a much more affordable price. It has a bright, clear LED screen that supports 4K resolution and HDR color palettes, with support for both HLG and HDR10 protocols. With a 65-inch screen, it can easily be the centerpiece in a living room.

Additionally, the Vizio SmartCast software can be quite comprehensive. As the TV has Chromecast functionality built-in, you can access thousands of streaming apps, using your smartphone to navigate. (The TV also has access to a few built-in apps, including Netflix, Hulu and Vudu, in case your phone isn't handy.)

The only major downside is that the D64x-G4, like many smart TVs, has relatively weak built-in speakers. (There just isn't much room in flatscreen TVS for anything more than rudimentary audio equipment.) However, having saved almost $250, that's more than enough to invest in a pretty decent soundbar.