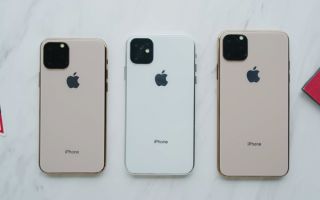 Update August 14 9:30 am ET: According to a phone case maker, two of the three new iPhone 11 models will receive the rumored 'Pro' branding. The iPhone 11 Pro and iPhone 11 Pro Max may join the iPhone 11 lineup, expected to be announced by Apple next month.

All three of Apple's rumored iPhone 11 models will launch together in September, an analyst says, unlike last year's staggered release of the iPhone XS and iPhone XR.

According to Cult of Mac, Wedbush's Daniel Ives claims in a note to investors that Apple plans on releasing the upcoming iPhone models simultaneously in the second week of September. That's on par with previous guesses we've heard.

In 2018, users had the iPhone XS and iPhone XS Max by the end of September, while those interested in the iPhone XR had to wait for their new smartphones until October.

Next month we anticipate Apple will announce the flagship iPhone 11, a larger iPhone 11 Pro, and a cheaper iPhone 11 R. Most reports simply continue to call this year's iPhones the iPhone 11 lineup.

Based on the rumors, all three of the new iPhone 11 devices will feature Apple's new A13 Bionic processor, and at least one of the models will offer three cameras on the rear. This could be limited to the iPhone 11 Pro and enable users to take ultra-wide angle shots and enjoy better performance in AR apps.

We won't be waiting much longer to see what Apple has planned. Until then, use our frequently updated iPhone 11 hub page to keep up on all of the news, rumors and leaks prior to launch.