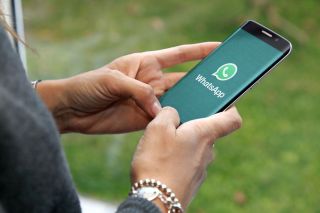 More than just a year ends at the stroke of midnight tonight. Anyone clinging to a Windows 10 Mobile phone will no longer be able to use the WhatsApp chat app at the start of 2020.

This news shouldn't be a surprise. Facebook-owned WhatsApp said back in May that it was ending Windows Phone support as of Dec. 31. That not only means no more updates for the messaging app, but WhatsApp won't even work on the handful of Windows 10 Mobile devices still out there in the wild. (After all, it has been several years since a new Windows phone came along and even Microsoft's Surface Duo coming out in 2020 runs Android apps — not Windows.)

Windows phone users could still go to the WhatsApp website via their phone's browser if they still need to use the chat service, but honestly, just get yourself a new phone at this point. Even Microsoft is telling you to do that on its end-of-support FAQ for Windows 10 Mobile.

Windows phones aren't the only aging mobile devices losing access to WhatsApp. Older versions of Android and iOS will also be unable to access the app, though that cutoff doesn't happen until Feb. 1.

In the case of Android, devices still running Android 2.3.7 will lose access to WhatsApp two months from now. For the iPhone and iPad, the cutoff is iOS 7. Considering we're up to Android 10 and iOS 13, we're talking some pretty old devices.

While WhatsApp is certainly a popular chat app for mobile devices, it's not the only way to stay in touch with friends and family. Check out our favorite chat apps for Android and iOS as well as the best encrypted messaging apps.