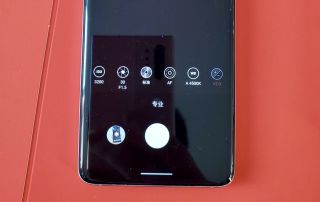 Samsung is now beta testing One UI 2, its flavor of Android 10 with a minimalist interface. We knew the update — which may come before the end of the year — will bring new user interface features but today we learned it will boost your camera specs, too.

Reliable phone expert and leaker Ice Universe has revealed that the latest One UI 2 beta will push your camera hardware with a new ISO 3200 level, making it quite more sensitive to light than the current version. For comparison, the current maximum ISO in the Samsung Galaxy S10 Pro camera pro mode is 800. Same with the Galaxy S9.

This means that, after the update, you will be able to take photos in lower light conditions without having to use night mode. The photos will be grainer, but you will be able to get a lighter picture — or combine it with a shorter exposure to freeze fast moving objects.

The exposure value has also been increased from 10 seconds to 32 seconds. This is the time you leave the shutter open for light to come in. The larger this value is, the more light comes into the sensor and you get a much more detailed picture. Of course, your subject should be completely still, but this is ideal for things like night landscape or sky shots.

Another feature discovered by XDA Developers is slow motion selfies, just like Apple includes on its iPhone 11. The Cupertino company calls these “slofies” — it actually trademarked that horror — which are exactly what they sound like: take a selfie video at high speed so you look like the protagonist of a 2-in-1 shampoo and conditioner commercial — if you have long hair, that is. Otherwise you will look like this guy from SamMobile:

That example taken by SamMobile is a bit jittery, but keep in mind that this is a beta. XDA reports that this functionality is also being distributed to Samsung One UI 1.0 devices.

It’s nice to see Samsung unlocking hardware features and adding functionality to old phones rather than going the Apple way and limiting the cool stuff to the latest phones to make people to upgrade. Now, if only the Korean company could update the two-year old Samsung Galaxy S8 to Android 10, as they should.