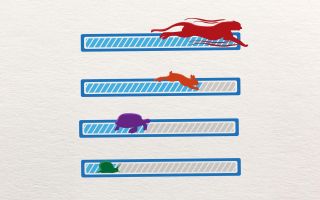 Internet connectivity is a moving target. Sometimes, you enjoy blazing speeds on your laptop, phone or tablet, and other times, you wonder why your connection is so slow. Or maybe your Roku keeps buffering just as you're getting to the best part of that movie on Netflix. And all the while, you question just how much speed you need to get the job done.

Tom's Guide contacted broadband experts and some folks who work at internet service providers (ISPs) to see if you really need to pay extra for faster connectivity. Here's what we found.

There is such a thing as too much speed

I know, I know — all the ISPs are telling you to get faster connectivity. But you may be paying more than you need to.

"To select the best services or package for your usage, you must understand your bandwidth needs," said Lincoln Lavoie, a senior engineer of broadband technologies at the University of New Hampshire InterOperability Laboratory.

Another senior engineer, who works at a well-known ISP and spoke to Tom's Guide on condition of anonymity, echoed that point, saying internet speeds ultimately depend on what the customer is doing with his or her internet connection. The person added that the "average family" shouldn't pay for "anything beyond 20 x 5." Companies like Spectrum, however, are offering 100Mbps download speeds as a baseline, so that should work exceedingly well for most.

But another broadband expert told Tom's Guide that the more bandwidth you have, the better, up to a point. Christopher Mitchell, director of the Community Broadband Networks Initiative at the Institute for Local Self-Reliance in Minneapolis, said this will ensure you have enough bandwidth when you really need it — for example, if you have a big file to upload or you're doing sophisticated work on your network.

However, "anything over 10 Gbps to a home user is pretty likely overkill," Mitchell said. "Only a few networks in the U.S. do 10 Gbps. A gig everywhere should be a goal — not because people will max it out, but because it will ensure everyone can do what they want without worrying about the network being the bottleneck.”

The cost of connectivity

Though there's debate over how much internet speed you need, it's clear that ISPs benefit from your desire for faster internet speeds. But they can also provide some insight into how much speed you really need by listing how many devices can connect to the network at any given time.

Comcast Xfinity, a prominent ISP in the U.S., has varying prices based on speed. If you listen to the above engineer, you can probably get away with the company's cheapest package, which offers download speeds of up to 100 Mbps. The plan is available for new customers at $40 per month and, according to Xfinity, should be able to accommodate up to five devices simultaneously connecting to the internet.

Xfinity also delivers a connection with up to 200-Mbps download speeds for $70 per month. According to the company, that should be enough to accommodate up to eight devices simultaneously connecting to the internet.

Xfinity offers a 2Gbps connection for $300 per month with a two-year agreement. "Unlimited devices" should be able to connect to the web at that speed, the company says. But if you want more speed and a little less cost, consider Xfinity's 1Gbps option that starts at $80 per month.

Beware of these pitfalls

In many cases, choosing your internet connection speed means weighing how much you're hoping to get versus how much you're willing to pay. But you need to be ready for the possibility that you won't get what you want.

Most ISPs offer internet packages with an important caveat: "up to." In other words, for the average residential internet customer, ISPs aren't guaranteeing a certain download or upload speed. So, if you're paying for a 25-Mbps package, you may get that speed (if not more) at times. But it's also possible that you'll get less.

But even if your ISP is delivering the speeds you want, the number of devices simultaneously connecting to your network could give you some trouble that could ultimately slow down your connection.

MORE: The Best Cable Modems to Cut Your Internet Bill

"Internet connections serve households or businesses that have multiple users that each have multiple devices (sometimes more than 10 per person, ultimately)," Mitchell said. "They create congestion in unexpected ways — you may not need a 100-Mbps connection most of the day, but when you need it, you want it there. Much like a car can go 100 mph, but we rarely drive it that way."

So, how can you tell if your network needs a boost? Lavoie said to look for "quality of experience" metrics, including load times, the number of connectivity glitches and  connection drop-outs. It's also important to use online speed-check tools, like the aforementioned Fast.com or others, to see at what speed you start to experience problems.

What about online gaming?

If you're an avid gamer, playing online with friends might be one of the things you enjoy most. And having faster internet is really important for that.

Over on its support forums, Microsoft offers a handy reference document to help you know how fast your internet speeds should be to accommodate online play. According to the document, you'll want a download speed of 3 Mbps or better and an upload speed of 0.5 Mbps or better. Your ping rate (a measure of lag your Internet connection causes in online gaming) should also be less than 150 milliseconds.

When it's time to stream games between friends on Twitch, you'll need faster connectivity, according to Microsoft and other game companies. According to Twitch's broadcasting guidelines, you'll need a bit rate of at least 2.5 to 4 Mbps to play at 720p and 30 frames per second. It then goes up to 3.5 to 5 Mbps for 720p at 60 fps.

According to Ookla, the average U.S. broadband download speed is 96 Mbps and average upload speeds are now at 33Mbps. That put the country in the top 20 fastest speeds around the world, but it was far behind Singapore, which deliver average download speeds of 191 Mbps.

How Much Speed Do I Have?

Before you can make an informed decision about your Internet speed, it’s important that you find out how much speed you’re actually getting right now. And there are plenty of places to find that out.

We have this handy guide, which ranks all of the top Internet speed tools and apps from best to worst. The roundup analyzes them based on their accuracy, the speed with which you can get your results, and the kinds of information you can get. Better yet, many of the tools will give you insight into what your download speeds might be on everything from 4K videos to movie streaming.

What's going on with 5G?

While most people today rely on broadband and fiber connections to get the fastest download speeds, that could change dramatically in the future.

Wireless carriers — including Verizon, AT&T, Sprint and T-Mobile — are working on 5G connectivity across their networks. And although the technology is still a year or more from widespread deployment, major carriers are planning large-scale deployments in 2019.

How fast could 5G be? Samsung has demoed 5G home routers that deliver speeds up to 5 gigabits per second, according to PCMag. That would let you download a 50GB game in under two minutes or a 100GB 4K movie in less than four minutes, says Business Insider. The real-world speeds would likely be much less, but they could still beat many home broadband connections.

But so far, neither company has promised specific speeds for those 5G connections, and neither has said which cities will get it. But look for speeds to match, if not exceed, those you're getting with wired broadband. And by the time 5G is rolled out universally, it could offer speeds that hit 1Gbps.

That could give your current ISP a run for its money.

In fact, wireless carriers are already hinting at how they plan to take on ISPs. In February, Verizon said that it’s gunning for the home market once its 5G network is rolled out.

"It is one network, based on 5G, supporting multiple use cases," Verizon's VP of technology planning, Adam Koeppe said at Mobile World Congress, according to PCMag. "Enterprise, small/medium business, consumer, mobility, fixed. When the 5G network is built, you have a fixed and mobile play that's basically native to the deployment you're doing."

Verizon isn’t alone. In a blog post in March, T-Mobile said that if its merger with Sprint goes through, the company will plan to offer a home Internet competitor with its 5G network.

“With our best-in-class 5G network we will offer a meaningful new option to millions of Americans in the form of New T-Mobile Home Internet,” T-Mobile wrote. “New T-Mobile’s business plan is to have 9.5 million customers for our in-home broadband service by 2024. We will bring competition, period!”

Ultimately, deciding on the internet speeds you need isn't as simple as it looks — or as simple as ISPs want you to believe. According to the experts, you need to think about the number of devices that will simultaneously connect to your network and exactly what you want to do with your connection. If it's just streaming and web surfing you're after, you likely won't need much. But if you're looking to stream 4K video, play online games and connect multiple devices,you'll need more bandwidth, for which you'll have to pay more.

Along the way, you should analyze your network speeds to see what's happening during slowdown or connectivity loss.