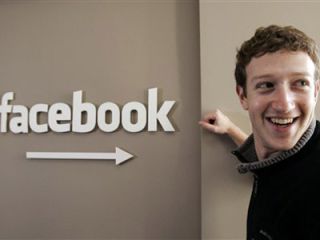 Mark Zuckerberg got a taste of that disrespectful behavior this week as the young executive's "um" took the center stage at the announcement of Skype for Facebook.

You could say that Zuckerberg asked for it. As much as Facebook wants to imitate the early days of a vulnerable Google, it simply can't afford to present itself as an office that is largely populated of accidental college pals. Zuckerberg's apparently largely unrehearsed performance this week was pretty the opposite of what you get at an Apple product announcement and that isn't necessarily a good thing for Facebook.

It was pretty much known what Facebook would be announcing this week and Zuckerberg could focused on that. Instead, there was quite a bit of distracting information such as the fabricated, artificially-sorta funny (really not that funny) introductory grandparent scenario to loosen up the audience, a recap of Facebook history, strange explanations of mathematical problems (how tall would a piece of paper be, if you folded it 50 times? The fun of a log-normalized graph) and even stranger industry comparisons to Facebook (Moore's Law).

The actual announcement was mentioned after 12 minutes and 84 "ums" in a challenging Zuckerberg monologue, we finally got to hear the news about group chat, a new design and video calling. If you keep your audience waiting that long, no matter how important you are, you need to have a certain speech talent to keep the attention, otherwise your audience could be drifting away.

I am not sure if the intent was to go Apple-style with this presentation. There were several attempts from Zuckerberg to imitate Steve Jobs in a casual approach to establish an almost friendly atmosphere that makes the Apple CEO appear like you best friend, at least for the time of the presentation. Jobs also owns the kind of charisma very few people have - the kind that makes to drop everything you do and listen instantly.

Zuckerberg does not have that charisma, not yet, and the presentation skills are rough enough to impact Facebook's perception in a negative way. I can remember Google's Larry Page give his first CES address in 2006, when he appeared in a lab coat on stage and announced during a two-hour-speech virtually nothing (except a few bundled applications called the Google Pack.) He got away with it, because it was in line with Google's perception at the time. Facebook is no Google, however, and we tend to expect more than a bunch of guys in t-shirts stumbling through a presentation that is difficult to listen to. An unprofessional presentation could leave a lasting impression on a company. No startup could afford such a performance and would lose any attention within two minutes.

Zuckerberg luckily has his own Zuckerberg bonus, but his presentation was a letdown for Facebook and its partner Skype. Given the feedback I have heard to date, I don't think that Facebook can afford many more presentations in this style. There is already the perception that Zuckerberg isn't representing Facebook in the way it would be appropriate and there is clearly the notion that the content of this particular announcement missed the mark by a long shot: remember, more than 100,000 Facebook users were watching to see the Skype announcement. The company could have run demos right away, showcased different scenarios and how this feature works in general. Video calling could have been an engaging topic for a presentation that simply screamed for user participation and Zuckerberg could have engaged the six-figure audience right away. No one was interested in logarithmic growth charts or fabricated neighborhood stories.

I am not saying that Zuckerberg should turn his presentations into mostly stiff announcements that we have come to expect from Microsoft or Intel. In the end, what we can expect is a professional presentation that is Facebook's own style. We know that Paul Otellini (or any other executive at Intel) will speak in a perfectly ironed suit, deliver a perfectly rehearsed speech and is all business on stage. Microsoft's Steve Ballmer is one of the best speakers in the industry who can be casual and stiff, isn't thrown off by distractions, and can entertain an audience even if he had to announce a phone book. Steve Jobs may be the best presenter and sales person in the industry, showing a passion for his products more than anyone else I know. All top executives have in common that they closely represent what their company is about. The image on stage and the content of their speeches will always reflect the nature of the companies they lead.

Zuckerberg's current presentation style surely delivers that college flair, but that can't be what Zuckerberg wants to show on stage. There are now 750 million Facebook users and he needs to talk to all of them, not just to a specific portion. Presenting a major new product in front of the eyes of hundreds of thousands of people requires respect for your employees and your audience. You may agree or disagree with me, but in my opinion, Zuckerberg's presentation did not deliver on that promise and was miles away from what it should have been.