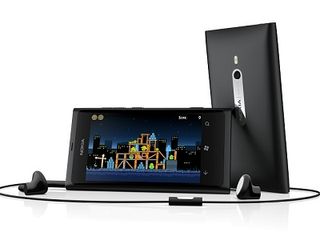 Is the Lumia 800 A Windows Phone Game-Changer?

Windows Phone is a hit that's getting better reviews than it is sales - and every time we've asked Microsoft how it's going to sell more phones, the answer has been 'Nokia'. That means waiting a little longer, as the Lumia 800 and 701 handsets aren't on sale in the US yet. Furthermore, by the time Nokia brings its Windows Phones to market next year, there may be other models to choose from. For now, the flagship Lumia 800 is Nokia's first chance to prove that it can stand out in the Windows Phone market - and deliver a phone that can save the company. Nokia CEO Stephen Elop calls the Lumia 800 “the first real Windows Phone”. Is this Finnish slab indeed the Windows Phone device we’ve all been waiting for? Or will it turn out to be a Meego-style miss?

The Lumia 800 has an eye-poppingly bright, vivid, colorful AMOLED 3.7-inch screen that - quite literally - outshines other Windows Phone screens. Blacks are utterly black and colors are saturated. It’s absolutely beautiful; it makes photos more vivid, Web pages better-looking and games more visually-striking. You can choose a black or white background for Windows Phone and the intense black of the screen is perfect for this.

The AMOLED screens makes Windows Phone handsets with LCD screens look washed out by comparison. The 3.7-inch size and the curved glass make the screen small compared to the HTC HD7 and similar devices (and tiny next to the 4.7-inch HTC Titan) but the screen resolution is identical, so you see the same number of tiles or messages at once. The slightly smaller screen looks crisper and clearer too; it’s easier to read outside, even in bright light.

Night shots with reflections and bright lights show the advantage of HDR; the iPhone has both detail and a good exposure with HDR. Without, it has less detail and more areas that are overexposed than the Lumia’s shot, which has more accurate colors than either iPhone shot.

Next Page Awesome Speed, but no Front Camera?