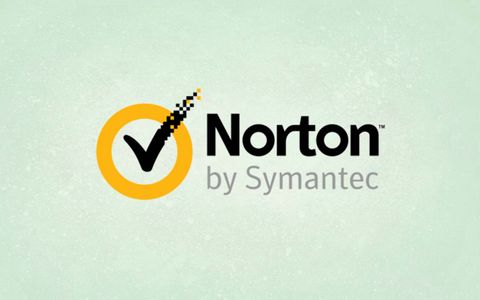 While many Mac users see antivirus software as a luxury they don't need — or don't want to pay for — Norton 360 Deluxe seeks to convince them with a lot of special features.

On top of excellent malware detection and a low system impact, you also get a two-way firewall, an unlimited password manager, unlimited VPN service for up to five devices and even personal-data dark-web monitoring from LifeLock. If you need any of those last three features, then Norton 360 Deluxe is worth considering for Mac users.

If you don't need those features, though, you'll still be paying for them. You'll also be paying for Windows features — including parental controls, webcam protection and 50GB of cloud storage — that aren't available to Mac users. Norton has also packaged all of its contents in an overly complicated interface and left off remote-scan activation from the online account.

Nevertheless, the sheer number of features that Mac users do get access to, plus the excellence of Norton's malware protection, lead us to include it among the best Mac antivirus software.

Norton's policy is to support the latest (as of this writing, macOS 10.14 Mojave) and previous two (macOS 10.12 Sierra and 10.13 High Sierra) versions of Apple's desktop operating system. A 360 Deluxe license covers a total of five devices, including Macs, PCs, Androids and iOS devices.  You don't really need a security app for an iOS device. but you will be getting some of the best antivirus software and one of the best Android antivirus apps.

During our testing process, Norton replaced its previous "Security" lineup with "360"-branded products, mostly by adding some new features and building in LifeLock identity protection at the higher tiers. Norton 360 Deluxe is very similar to Norton Security Deluxe, which was the product we were originally working with.

Two other new, low-end Norton products also support Macs. Norton AntiVirus Plus protects one PC or Mac and costs $39.99 for the first year and $59.99 thereafter. Norton 360 Standard, $49.99 for the first year and $79.99 thereafter, protects one PC, Mac or mobile device but adds dark-web personal-data monitoring and unlimited VPN service. (Norton 360 Deluxe users get those features, too.)

Like Norton 360 Deluxe, AntiVirus Plus and Standard include an unlimited Mac-compatible password manager and two-way firewall. But Mac users don't get the cloud storage and webcam protection. (Kaspersky Internet Security for Mac includes the latter.)

MORE: Norton Review - AntiVirus Plus vs 360 Standard vs 360 Deluxe

As mentioned earlier, the higher-tier Norton 360 products add in various levels of LifeLock identity protection for prices ranging from $150 to $350 per year. They each include Norton 360 Deluxe's Mac antivirus features. For more on how they operate, check our review of Norton's Windows antivirus software and our review of LifeLock identity protection.

Norton 360 Deluxe not only performs scans of your computer and its connections in the background while your Mac is running but also allows for both on-demand and scheduled scans. The utility also scans unopened archive files, such as ZIP files.

Norton 360 Deluxe uses traditional signature-based malware detection to protect Macs and adds intrusion prevention to analyze network traffic for attacks as well as browser protection to block known phishing sites. Its LiveUpdate feature automatically receives security updates to help make sure that your device is protected against the most current potential threats.

The independent German lab AV-Test gave Norton a 100% score for its malware tests performed in April and May 2018. Norton also did perfectly in four rounds of AV-Test evaluations over the previous two years. The other lab whose test results we regularly use, AV-Comparatives, has not included Norton in its most recent Mac evaluations.

While macOS features its own firewall to stop applications from connecting to risky websites, Norton Security Deluxe adds its own two-way firewall, which stops certain kinds of data from getting in or out. Its services also protect your system from risky networks and known dangerous IP addresses.

Norton throws in unlimited VPN connectivity for every device covered by your license, with the option to select the region you want to dial into. Most competitors who offer VPN clients, such as Avast, Bitdefender and Kaspersky, limit you to 200MB to 300MB of data per day in an attempt to get you to pay more for premium VPN service; Norton gives you unlimited service right off the bat.

Norton's included password manager (which supports Chrome, Safari and Firefox) also has zero restrictions, and it isn't there to get you to pay more (which Avast is guilty of). I had trouble when I first tried to use it, but I fixed it by clearing my browser history.

As we mentioned earlier, while Norton 360 Deluxe and 360 Standard advertise cloud storage as a feature, that feature isn't supported on macOS. Similarly, Norton's parental controls, the best offered by any antivirus company, aren't available on the Mac.

Norton 360 Deluxe includes a dark-web monitoring feature, powered by LifeLock's technologies. If you add your personal data — options include bank account, credit card, phone number, address, mother's maiden name and more — to the service, LifeLock will let you know if any of that data is found on the less-trustworthy corners of the internet, where it would be sold to nefarious types.

Norton's Safe Search browser extensions (available for Chrome, Firefox and Safari) pin little green checkmarks next to search results for sites that are safe to open and warn you about those that are questionable. There's also a Norton Home Page plug-in, which changes your browser's homepage and new-tab page to Safe Search. That may be overkill for experienced users, but it could help those who keep junking up their systems with adware or malware.

If you're trying to focus on gaming or work, the Silent Mode option hides Norton's notifications so that they don't appear on screen. It's disabled by default, so you don't miss anything.

There's also a System Cleanup option for those looking to save system space by erasing junk files and duplicate or similar media files. It found 214MB of junk files on our Mac.

Norton Security Deluxe, which is basically the same as Norton 360 Deluxe, had a small impact on our Mac's system performance. We assessed this by running our custom Excel VLOOKUP benchmark test, which matches 60,000 names and addresses on a spreadsheet. Our test machine was a 2017 MacBook Air with a 1.8-GHz Intel Core i5 CPU and approximately 54GB of data stored on a 128GB SSD.

After we installed Norton Security Deluxe on our MacBook Pro, the Excel test finished in an average of 3 minutes and 34 seconds, which is 1 second longer than it took before Norton's installation. That's a passive system hit of less than 1%, one of the lowest impacts we found.

By contrast, Sophos Home Premium rated 5% (a category high) and Bitdefender had zero impact on system performance (the lowest). The other four products we tested, from Avast, Kaspersky, Malwarebytes, McAfee and Sophos, had passive system slowdowns of 1% or less. To be honest, you'd be hard-pressed to notice a system slowdown in most of these cases.

During a full system scan, the Excel test finished in 4 minutes and 1 second, signifying a performance dip of 13% — one of the smallest system impacts we recorded among Mac antivirus products. That's below McAfee's 47% (the highest) but was almost twice as much as Sophos' 7% (the lowest).

During Norton's quick scans, the Excel test finished in an average of 4 minutes and 8 seconds, for an impact of 16%. Again, that's one of the lowest system impacts we saw during a quick scan (not all of these products have a quick scan) — below Kaspersky's 53% (the highest) and above Sophos' 10% (the lowest).

MORE: Which Antivirus Software Has the Least System Impact?

Norton's full scans completed in an average of 25 minutes and 49 seconds, which is the third-shortest time we found, and in the middle of the pack. Sophos' full scan lasted the longest, at 2 hours and 56 minutes (nearly enough time to watch Avengers: Endgame) while Malwarebytes for Mac Premium's 16 seconds was the shortest.

Norton 360 Deluxe is so feature-rich that it splits its functions across two screens, although half of one screen is wasted on a pretty picture of a hiker. The main screen, My Norton, places scanning info — including protection status and the Quick Scan button — in the top row, which almost makes it look like an afterthought.

Under that, you get controls to view dark-web monitoring alerts, enable Norton's VPN service, view any cloud backups (which Macs can't make), open the password manager and manage parental controls (which, again, isn't supported on Macs).

To access Norton 360 Deluxe's Security window, which has more scanning options, you'll click Open under Device Security. Here, you get five sections: Security for viewing your status and adding devices; Scans, LiveUpdate and Clean for deleting duplicate files; and My Norton for returning to the other main window. Each of these panes in Security has its own Preferences button.

While Norton 360 Deluxe is feature-rich, it also feels overly complicated with its dual-window system. And then, having all of those distinct Preferences windows in each section feels a bit too much. That's especially problematic because the Settings button in the main window shows you only the top level of Settings, burying the advanced options under the aforementioned Preferences icons.

If you decide you prefer the Security window over My Norton, click the Settings gear in My Norton and select Classic.

My.Norton.com gives users the ability to observe the status of monitored systems. Unfortunately, it is missing the option to remotely perform an on-demand scan from the online account, which Sophos Home offers.

After you buy a Norton 360 Deluxe license, you'll download an installer application that will prompt you to restart your computer. All in all, the installation process took about 10 minutes, which was on the longer end of the spectrum — most of the other Mac antivirus programs took 2 to 3 minutes. Once you've restarted, Norton quickly pushes its Safe Web browser extensions on you and presents a lot of buttons that it wants you to click.

Installing Norton's security extensions is a good idea if you want some guidance, but you might not want to set its Safe Search as your default search engine or homepage.

For technical support, sign into My.Norton.com, click Support and scroll down to Contact Support. From here you can access Live Chat by clicking Chat Now or clicking View local phone numbers to set up a call with one of the company's agents; they're available 24 hours a day, 7 days a week.

With a ton of special features (though we wish more could be Mac compatible) and a low system impact, very effective malware detection and 24/7 technical support, Norton 360 Deluxe is a compelling offer for anyone who needs a VPN service, password manager or dark-web personal-data monitoring.

But at $100 after the first year, Norton 360 Deluxe is the priciest option by far among the seven Mac antivirus programs we recently reviewed, although it would be worth it if you had five Macs to protect. Even the two lower-priced Norton products, AntiVirus Plus and 360 Standard, will run you $60 and $80 per year, respectively, for a single Mac. Contrast that with our top pick, Bitdefender Antivirus for Mac, which is $60 per year for up to three Macs.