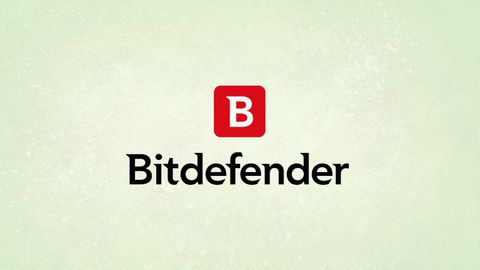 Bitdefender Antivirus for Mac is a strong package of security tools worth paying for. It's our Editor's Choice.

Bitdefender has earned a reputable name in malware detection, which it backs up with Bitdefender Antivirus for Mac. This suite provides top-notch system protection and tools to guard against ransomware, so you never have to worry about safety – your system is just clean.

On top of that, Bitdefender's passive system-scanning is so low-impact that you probably won't know it's doing its work in the background. All in all, that adds up to a top-tier security solution and our first choice in the best Mac antivirus software.

Bitdefender Antivirus for Mac's list price starts at $39.99 per year; it's $59.99 per year to cover three Macs. Multi-year subscriptions are available and the company often offers discounts for the initial subscriptions. The program supports Macs running macOS 10.10 Yosemite or later, with a minimum of 1GB of storage available.

Bitdefender Antivirus for Mac keeps Macs free of malware using traditional signature-based detection by unpacking Mac-specific file formats and scanning them for malicious contents. The program also uses its artificial-intelligence system to apply lessons from Bitdefender's user base to train its software.

Bitdefender scans unopened ZIP files, and, like the best antivirus software, also finds PC malware on Macs to stop it from spreading further. Bitdefender performs system-protection scanning in the background, and offers on-demand scans. (The company also makes one of the best Android antivirus apps.)

Bitdefender Antivirus for Mac has a perfect record of protecting macOS machines; the Mac-malware engine stopped 100% of malware in tests conducted by the Austrian AV-Comparatives independent testing lab in July 2019, and also in German lab AV-Test's evaluations in April and May of 2019.

Of the six other Mac antivirus programs we're reviewing, Avast's and Kaspersky's Mac-malware engines also netted perfect scores in both sets of tests. Norton scored 100% from AV-Test, but was not tested by AV-Comparatives.

Bitdefender Antivirus for Mac includes the company's VPN client software, and users get up to 200MB of VPN-data traffic a day per device. For an extra $40 per year, Bitdefender's Premium VPN service gets you unlimited data, and the ability to login to specific VPN servers around the world.

You'll also get Bitdefender's TrafficLight browser extension, which vets search results with green light icons for sites that are safe to open, and red and yellow icons for those that are riskier. The extension is free and available online for Chrome, Firefox and Safari.

Bitdefender lets you designate specific folders for its Safe Files ransomware protection so that rogue apps can't encrypt those folders. These protections also keep your Time Machine backups from being encrypted by ransomware.

Bitdefender Antivirus for Mac had a relatively low impact on our test system's performance. We assessed this by running our custom Excel VLOOKUP benchmark test, which matches 60,000 names and addresses on a spreadsheet. Our test machine was a 2017 MacBook Air with a 1.8-GHz Intel Core i5 CPU and approximately 54GB of data stored on a 128GB SSD.

With Bitdefender Antivirus for Mac installed on our MacBook, but without any active scans running, the VLOOKUP test finished in an average of 3 minutes and 38 seconds, exactly the same time the test took without any antivirus software installed. That's an imperceptible passive hit of 0%, and the lowest that we found.

MORE: How to Buy Antivirus Software

You would be more likely to notice the slowdowns created by Bitdefender's active scans. During full-system scans, the VLOOKUP test finished in an average of 4 minutes and 29 seconds, a performance dip of 23%. That's not as bad as McAfee's 47% fall (the worst among the seven Mac antivirus applications we recently reviewed), but not as good as Sophos' 7% full-scan system hit.

Bitdefender's worst performance score came from its Quick Scan, wherein the VLOOKUP test finished in 4 minutes and 53 seconds, a hit of 34%. That's well above the 10% bump from Sophos and the 16% hit from Norton, but still below Kaspersky's 53%.

Bitdefender's full-scan completion time, which took 4 minutes and 25 seconds on our machine, was on the shorter end, with only Malwarebytes' miraculous 16-second scan taking less time. Sophos' 2-hour, 56-minute time was the longest, while Kaspersky (41:20) and Norton (25:49) fell in the middle of the pack.

Bitdefender Antivirus for Mac makes it easy to see your status and perform actions with few clicks. From its home screen, you can see your status, recommended actions for personal security, and one-click access to scans.

Those options are presented in a pyramid-style format: Preventive steps get top billing, scans come next and other features come last. The most noticeable change from the previous version of Bitdefender Antivirus for Mac is that this year's interface has a bright look, with white and light-gray backgrounds, unlike the previous edition's dark tone.

Unlike Avast Antivirus for Mac, Bitdefender places Quick Scan and System Scan buttons in its main window. And unlike Kaspersky, clicking those buttons actually starts scans, rather than just sending you to the section for scans.

Under the Protection tab, you'll find more controls for scans and anti-ransomware, and links for setting up the Traffic Light browser protections. The Privacy tab is simply a link to open Bitdefender VPN (which doesn't require much of the interface).

In the bottom left corner, you'll see Preferences, which houses a toggle for Bitdefender Shield, a toggle to disable active system scans, and the option to scan new and modified files. There's also a setting for scanning backups, on by default. You can also change default actions (disinfect and/or quarantine) for infected and suspicious items.

After purchasing Bitdefender Antivirus for Mac, you install it by signing your online Bitdefender Central account, clicking Install Protection and clicking Protect this device. Then double-click the .PKG file that downloads onto your system and follow the on-screen instructions.

During this process, you'll get a notification that you need to grant Bitdefender security access in system preferences. This is due to a recent change in macOS that requires users to consent to high-level access rights to all utilities performing system activities.

No restart is required, and our installation completed in about 2 minutes, within the normal range. After installation, you'll notice the Bitdefender VPN icon sitting in your menu bar, which you can choose to ignore or to use.

To remove it from the menu bar, click the icon, choose Settings and turn off Open Bitdefender VPN at Login. I really wish Bitdefender wouldn't push its VPN like this.

To get technical support, you should to navigate directly to https://www.bitdefender.com/consumer/support/, as it's hard to find a  link to tech support in the app or in Bitdefender Central. From there, you can click email, call, chat or forum options.

Bitdefender provides free technical support 24/7 for paying customers in the U.S., the U.K., Australia, Canada, Romania and New Zealand. Support is also available for customers in Brazil, Italy, Japan, the Netherlands and other regions.

Bitdefender's excellent malware detection and imperceptible system-performance hit make it our top choice. When you add ransomware protection on top, you get a strong candidate for securing your Mac.

If the software didn't push its VPN service so hard, or made its phone support easier to find, we'd love it even more. Overall, though, Bitdefender Antivirus for Mac is the best Mac antivirus program.