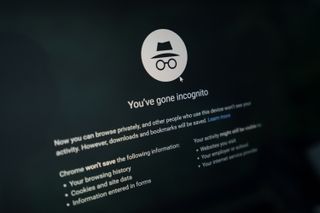 A major bonus of browsing in Google Chrome's Incognito mode is paywall sites not knowing when you're surfing them. Except some, like The New York Times, have figured out how identify readers trying to bypass the required subscription fees.

The exposed loophole prompted Google to reinforce Incognito mode with Chrome 76, released earlier in August. Yet if you attempt to access www.nytimes.com with the updated version of the browser right now, you'll still be prompted to log into a paid account after exceeding your complimentary article limit for the month. "You're in private mode," the Times will announce via popup, casting shame on your efforts to read for free.

Google said Chrome 76 issued a security patch for Windows, Mac, Linux, Android, and iOS that kills off a bug that permitted tracking through Incognito Mode. Some websites found a way to track those using the private browsing option to bypass paywalls. Chrome 76 implemented the FileSystem API differently so users can no longer be flagged, making it easier for you to access subscription websites at no cost.

We're not encouraging you to avoid subscribing to content, but if the Times can flag your alleged "private" Chrome browsing, other sites can, too. Even if you're engaging with free content.