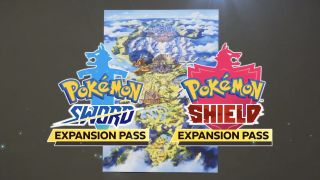 Junichi Masuda, producer of Sword and Shield, framed these expansion passes as the company's new strategy of adding content — as they're moving away from re-releases (i.e. Platinum and Emerald editions).

The expansion packs will roll two new parts of Galar that gamers have yet to experience, and they're not coming at the same time. Each expansion pack runs $29.99 — and I say each because (of course) the packs differ for Sword and Shield).

Game Freak's Hirouki Tani, a director for Sword and Shield, framed the first area of the Expansion Pass — The Isle of Armor (coming June 2020) — as an exercise in learning about Growth. That begins with the new Gigantamax versions of the original starter Pokemon from Sword and Shield, seen below.

There's also a dojo where you'll meet your latest mentor (Mustard) who entrusts you with the fighting type Pokémon Kubfu, a Legendary Pokemon who evolves into Urshifu.

Since the expansion passes differ based on Sword and Shield, you'll get a different rival in Armor for each version. Avery, who leans towards psychic-type Pokémon, is battling in Pokemon Shield, while Klara, who uses poison-types is in Sword. They look like they should start an EDM music group together.

Overall, The Isle of Armor's got the cooler, relaxed environment, while the second land, The Crown Tundra (releasing Fall 2020), is going to be a little less pleasant. Once you arrive in the Crown Tundra, you'll join an arctic expedition group, and start poking around. The video showed concept art of a temple and a tree that apparently appears where it shouldn't.

In The Crown Tundra, you'll also learn about the legend of Calyrex, a psychic/grass type Pokémon. This region will also feature co-op play for exploring underground dungeons.

The biggest surprise of the entire Pokémon Direct, though, was the news that older Legendary Pokémon will return. It felt like Game Freak was trying to sate the demands of those fans who said there weren't enough classic Pokémon in Sword and Shield.

An update coming to Pokémon Sword and Shield will allow those who don't buy the expansion pass to get these newly available Pokémon through link trades ... with those who do buy the $29.99 pass. The clip also mentioned that Pokémon Home is coming next month (Feb. 2020).

The Pokémon Direct started, however, with something completely different. Pokémon Mystery Dungeon: Rescue Team DX — a remake of 2006's dungeon-crawling Blue Rescue Team and Red Rescue Team games is coming on March 6, at the price of $59.99. A demo version will be up on the Nintendo eShop starting today (January 9).