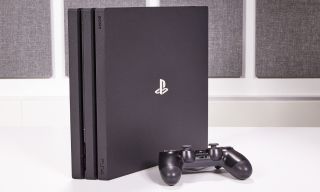 Update Sept. 5: The Rakuten deal has expired, however, Google Express has it for $329.99 via coupon code "SEPTSAVE19". The coupon expires Sept. 29 and is valid for first-time Google Express shoppers only. Walmart also has it on sale for $349.95, which is tied with its Prime Day price low.

The PS4 Pro is Sony's top-of-the-line console. Traditionally priced at $400, it's a must for 4K TV owners who want the ultimate gaming experience.

The PS4 Pro supports 4K gaming and streaming. It sports a somewhat bulky (and dated) triple-decker design. However, it can be positioned vertically or horizontally in your entertainment center to save space.

In terms of performance, it delivers bona fide 4K gaming with a gorgeous injection of color, thanks to its HDR support. It doesn't support UHD Blu-ray, but it's still the console to get if you want the best gaming experience possible.