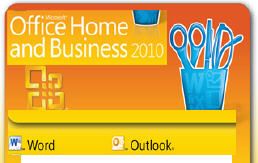 The technical preview of Office 2010 showed off many of the features that the public beta would later offer. That beta was launched today and has been available for developers since Monday. It offers some minor changes, improvements, and better performance, as well as a new social networking feature in Outlook. Plus, because it is a public beta, you can get your hands on it yourself.

We reviewed a few features you’ll want to try out that you may not even be able to live without. There are also things that Microsoft simply got wrong.

Features vary according to the different versions of Office 2010 beta. The full set of applications is in the Office Professional Plus 2010 version, which offers Access, Excel, SharePoint Workspace (replaces Groove and adds more SharePoint integration), OneNote, Outlook, PowerPoint, Publisher, Word, and InfoPath. The beta doesn’t include the Office Web applications, although those will get an update soon on the Windows Live site, while businesses that want to try the SharePoint-based Office Web apps can do so with the SharePoint 2010 beta.

If you don’t want to download and install a complete version of Office, it is possible to preview Office Home and Business 2010 betas, with Word, Excel, PowerPoint, OneNote, and Outlook, by using Microsoft's Click-to-Run service. The software isn’t different when you use Click-to-Run, but the installation is. Instead of downloading the installer files, you stream the application from the Microsoft server and start using it right away (Microsoft says you can access the whole thing in less than five minutes with a broadband connection). You don't have to stay connected to the Internet to use Click-to-Run Office once you’ve streamed it, and you can use it to run two versions of Office at the same time so you can see if you like the new apps without uninstalling the version you already have. When Office 2010 goes on sale in the first half of 2010, you’ll also be able to download it and buy a product key card for a cheaper price than paying for a boxed copy.