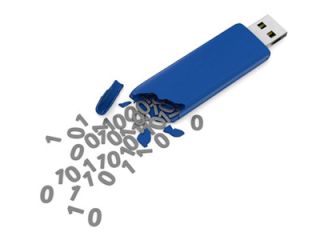 "Data breach" is a broad term referring to any leak of secure information that was intended to remain private.

Data breaches are sometimes accidental, but many are intentional. They may be perpetrated by a government, by disgruntled employees (current or former),by criminals or malicious hackers, or indeed by anyone who has an interest in broadcasting secret information beyond its intended recipients.

Intentional breaches also take many forms. They may be the work of someone breaking into a secure database, obtaining sensitive information with a keystroke logger, smuggling small media-storage devices out of a secure area, photocopying confidential information or using many other methods.

Data breaches have potentially serious consequences. Social Security numbers, bank-account information or credit-card numbers that fall into the wrong hands can all be used for identity theft.

Military or government data leaks may jeopardize national security and place specific people or organizations in danger. They could reveal the identity of covert intelligence agents or compromise individuals placed in a witness-protection program.

Data breaches have also soured political campaigns, ruined careers and incited riots. The Tunisian uprising that inaugurated the "Arab Spring" popular rebellions across the Middle East in 2011 was fueled in part by Wikileaks' publication of secret U.S. diplomatic cables that detailed the corrupt, lavish lifestyles of the Tunisian dictator's family and associates.

Not all breaches are illegal. Military data breaches, however, certainly are.

Leaking classified information by military personnel is usually considered treason and can result in a court-martial, as was the case of Army Pfc. Bradley (later Chelsea) Manning, convicted of providing diplomatic cables to Wikileaks.

Members of the military found guilty of disseminating classified information may even face the death penalty. (Edward Snowden, who gave media outlets copies of more than a million pages of National Security Agency documents, was not an active member of the military when he did so.)

There are many ways to decrease the likelihood of a data breach, or lessen the negative impact if one does occur.

An increasingly popular option for companies and other organizations is data-breach insurance, which pays for legal proceedings, technical investigations, forensic audits, communications with possibly affected persons and crisis management. This insurance doesn't actually stop information leaks, but reduces the hassle of dealing with the aftermath.

Corporations can lower the risk of a data breach by encrypting sensitive data, restricting the flow of confidential information and using multiple security and authorization procedures.

For example, a database might be protected with an alphanumeric password that changes every week, plus a fingerprint or retina scanner for a second form of authentication.

It's prudent to change all passwords several times each year and use unique authorization codes for each database. This means that even if one password were leaked, the other databases wouldn't automatically be compromised.

For example, Manning allegedly copied hundreds of thousands of documents from a secure database in a short time, an action that might have been prevented by data-exfiltration limits.

With stringent limits in place, a hacker will have to access the secure information over a period of several days or weeks, making him or her much more likely to be caught in the act.

Above all, organizations must keep their proverbial eyes open for any signs of suspicious activity. Furthermore, they must stay abreast of the latest security advances and the methods that unscrupulous individuals are using to foil them.

There is no total guarantee against data breach, but staying aware of security methods and constantly monitoring sensitive information will minimize breaches and the damage they cause.