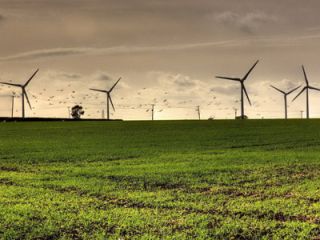 In this day and age it's important for electronics companies to be as green as possible. In an effort to support environmental issues, Sony decided to sponsor a short movie promoting 10:10, a campaign calling for a 10 percent reduction in carbon emissions in the year 2010. Titled 'No Pressure' the short is pretty gruesome and shows people who don't agree to be a part of the initiative being blown up by their more environmentally friendly peers. Among those blown up for refusing to participate are two school children. The X-Files' Gillian Anderson provides narration but she too is blown up for believing that taking part in the movie would be enough.

Fast Company reports that Sony has called the campaign "ill-conceived and tasteless." The company said in a statement that the video was conceived, produced and released "entirely without the knowledge or any involvement of Sony." Sony added that despite the removal of the video from 10:10's site and the issuance of a formal apology from the group, Sony had no option but to "condemn the video in the strongest possible terms" and disassociate itself from the campaign.

Electronics company Kyocera had a similar reaction to the campaign, dubbing it "a grave error" of judgment. 10:10 UK has issued a statement apologizing to those working hard to spread the word about 10:10 and to corporate sponsors.

"… There has been negative comment about the film, particularly on blogs, and concern from others working hard to build support for action on climate change. We are very sorry if this has distracted from their efforts," writes Eugenie Harvey, Director of 10:10 UK.

"We are also sorry to our corporate sponsors, delivery partners and board members, who have been implicated in this situation despite having no involvement in the film’s production or release."

Though the video has been removed, it is, of course, all over YouTube and other video-sharing sites. You can check it out below (be warned, it's a little gory).

Do you think the video goes to far? While it's easy to see why people were offended by exploding children, it seems to me that the entire premise for the short was just way off base. Even if they hadn't blown the apathetic to pieces, isn't it better to encourage participation than encourage the shunning of those who don't participate?

Let us know your thoughts on the campaign in the comments!