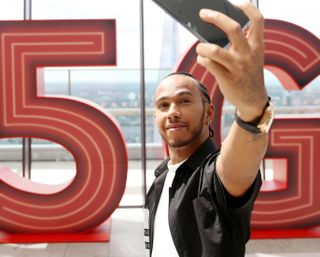 UPDATE: August 16 - Vodafone has recently unveiled the UK’s  first combined 5G SIM and home broadband deal: Vodafone Together. The base price is £31 a month, but you can pay more if you need even more data to use on your 5G device. In addition, you get the benefit of Vodafone’s app-controlled broadband router, and for a limited time you can get a free Amazon Echo Plus smart speaker. Click here to find out more.

Vodafone is currently one of the two active UK 5G mobile networks, having launched on 3 July in seven cities. While EE beat it to the punch (despite Vodafone announcing its launch date first), Vodafone has some interesting options and unique features that may draw customers to its service - even if the choice of hardware is a little more limited. Read on to find out more about Vodafone 5G availability, prices and smartphone options.

Vodafone 5G Cities: Where you can get it first

Currently, Vodafone is available in 15 towns and cities: Birkenhead, Birmingham, Bolton, Bristol, Cardiff, Gatwick, Glasgow, Lancaster, Liverpool, London, Manchester, Newbury, Plymouth, Stoke-on-Trent and Wolverhampton. By the end of 2019, they will be joined by Blackpool, Bournemouth, Guildford, Portsmouth, Reading, Southampton and Warrington for a total of 22 locations.

If you want to make sure you’re within the area that can benefit from 5G, Vodafone’s network service tracker will be able to tell you.

Vodafone is also offering 5G roaming in Germany, Italy and Spain this year (in the areas where it's available), and in the UK for its customers based in those countries. No other provider has announced similar plans yet, so if you’re a frequent traveller to Europe with a strong desire for 5G speed, then maybe Vodafone should be your first choice of 5G SIM provider.

As for its plans for 2020 and beyond, Vodafone have yet to announce anything. We’ll be sure to update this page once they do so you’ll be in the know about where it’s bringing 5G next.

How fast will Vodafone 5G be?

Vodafone’s promised speeds are 150 - 200Mbps on average, and 1Gbps at their peaks. This is pretty typical of estimates for what 5G will be capable of, but it will have to be tested properly once it goes live.

Of course, chances are that the first stage of 5G, which relies heavily on the existing 4G infrastructure, may not reach its full speed potential. It will be a few years down the road, once 5G operates in a standalone capacity, that we’ll truly know what the average and top speeds are.

There’s a choice of four phones, plus a wireless router with Vodafone 5G. The handsets are the Samsung Galaxy S10 5G, the Samsung Galaxy Note 10 Plus 5G, the Huawei Mate 20 X 5G and the Xiaomi Mi Mix 3 5G, with the 5G Gigacube router providing 5G speed to up to 64 devices over WiFi.

You can look at all of Vodafone’s 5G device options here.

What you’ll pay for Vodafone 5G

Vodafone’s ‘Unlimited’ plans, which gives you limitless data along with various other benefits, come 5G-ready at no extra cost. So if you’re willing to pay out for the top-tier contracts, you can move from 4G to 5G without interrupting your service.

For the Galaxy S10 5G, you have a surprising eight 5G plans to choose from, ranging from £149 up front and £62 a month for 5GB data, all the way up to a £49 down payment and £85 a month, which nets you unlimited data, 77 free roaming destinations, 100 minutes for EU calls and your choice of subscription to Spotify, Amazon Prime Video, Now TV or Sky Sports for two years.

The Galaxy Note 10 Plus 5G is only available for pre-order at the moment, for the minimum price of a £99 initial payment and then £64 a month for 5GB data, going up to £29 upfront and £85 a month for unlimited data, 77 free roaming destinations, 100 minutes free calls to EU numbers and a free subscription service for two years: Spotify, Amazon Prime Video, Now TV or Sky Sports. There’s the option of up to £100 bonus credit, too, if you’ve got an eligible phone to trade in.

It’s a pity you have less choice when it comes to the phones compared to EE, but the choice of deals you can get with the phones Vodafone offers will hopefully suit whatever budget you have. The availability of the network is smaller than EE’s, and we have less idea of how it’s going to grow from 2020 onwards, but the guarantee of (limited) international roaming and a strong 2019 launch mean that it’s still worth weighing up the Vodafone options if you’re shopping around for a good 5G deal in the UK.